Delves are type of gameplay which combines caves from Geode with procedural-generated combat opportunities. Delves are time-sensitive so players need to complete objectives and defeat the Boss in time to be able to receive rewards and have an option to keep going deeper. With the increased depth the challenge and rewards grow.

There are 3 kinds of Delves – Public, Private and Challenge. Up to 8 players can enter any of them.

Note: in later updates the gateways to specific bosses and biomes were added. https://trovesaurus.com/deepdragons/gateways

Initial Depth is calculated based on your classes Power Rank, and how deep they have progressed on that class in Public Delves.

Dungeons can drop Stable Gateways which allow you to start Delves at a specific Depth.

Each Delve is affected by a combination of Deltaliths – mutators that can change stats of mobs and players as well as affect other aspects of Delve walkthrough. 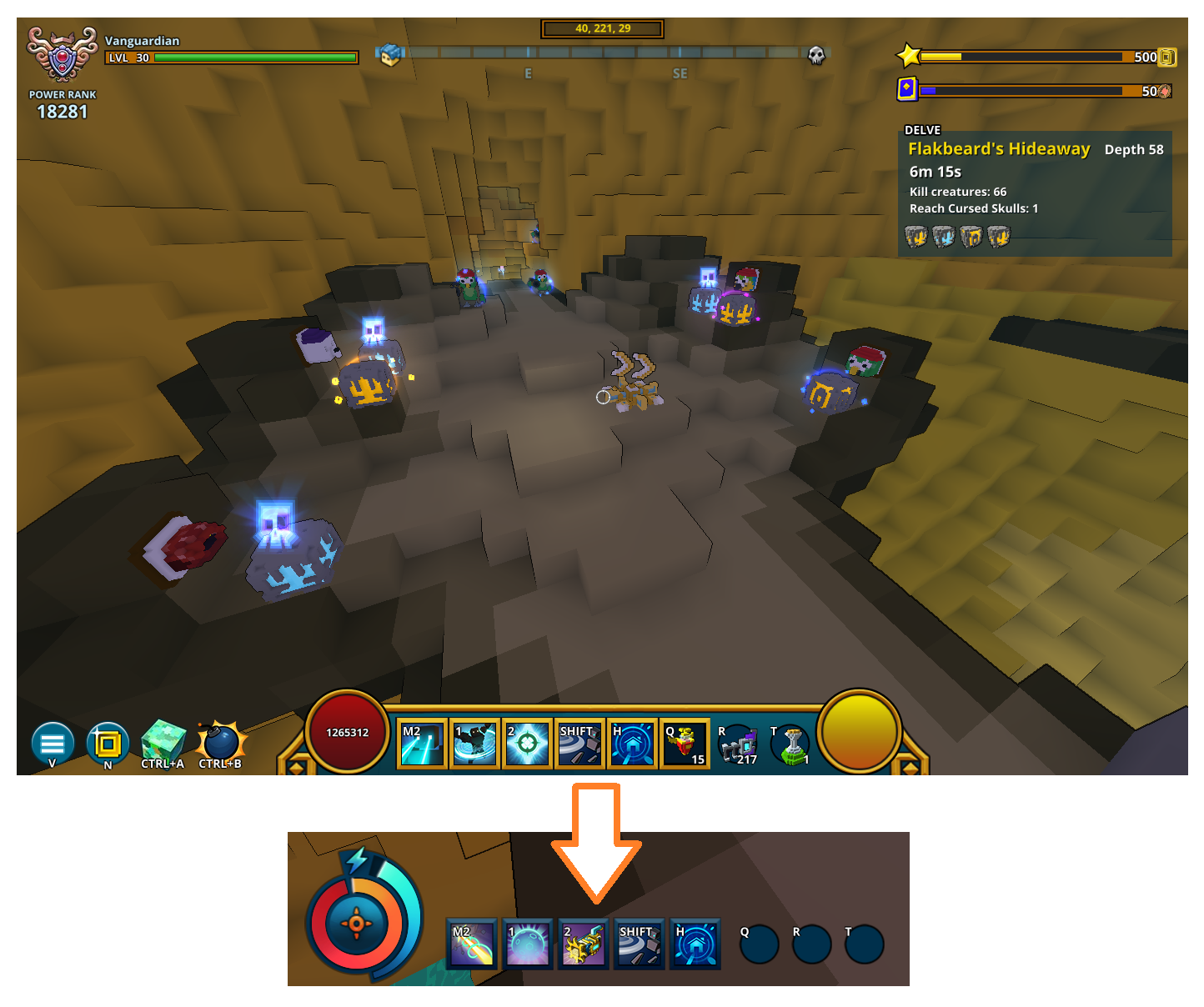 To complete a delve players must complete its Objective displayed in top right corner of user interface. Objectives can differ from killing all monsters in X rooms to collecting X crystals. Monsters do not respawn so cleaning out the room always makes a Checkpoint – safe spot. Checkpoint rooms get marked on compass – progress bar and a warm blue light appears in the room.

Delves are a dangerous place. In them, each death of a player increases their respawn time by 5 seconds. That accumulated time is reset when the Boss lair is reached. Fellow players are always able to resurrect you in 4 seconds. Respawning without help of others returns the player to the entrance room of that Delve tier. Conveniently, there is an Intra-Delve Transport, using it will send the player forward to farthest fully cleared (Checkpoint) room. 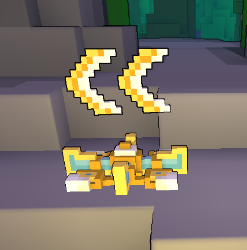 If the Delve Objective has been completed and one player from the group has reach the Boss room, other players will be presented with pop-up window offering a quick teleport to Boss room. Players outside of Boss room cannot get rewards from the chest.

There is a Boss trophy before every Boss Room to give a quick indication of what players will be facing. Boss lairs can also have some Deltaliths indicating challenges that accompany the boss. 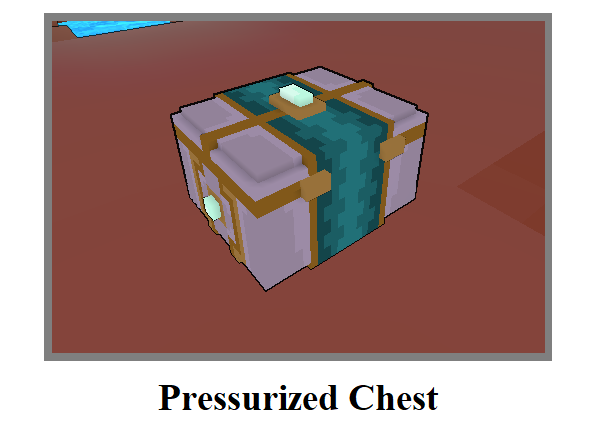 Every 3rd consecutive completed Delve after depth 25 has a Heavy Pressurized Chest and a Shadowy Soul Vault. To open the Vault you need

Delve Shadowkey, their fragments can be obtained from any dungeon or world boss outside of Delves. In the first 6 vaults per week you can find

Despoiled Divinity, after that they will continue dropping Shadow Caches and Shards.

You have to complete in total of 18 Delve floors a week to get all Titan and Lunar soul rewards.

Rarely at deepest Delves of Uber 10 or 11 it is possible to find new tier of Crystal Gear – 4. It can only be obtained in Delves.

If the boss was reached and defeated within a time limit, a Ready Station will appear. Interact with it and stand close by to speed up the Portal to next level – deeper Delve. 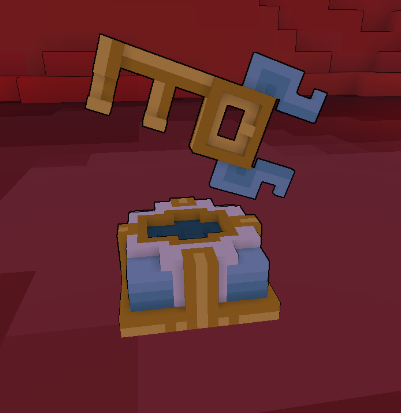 If the team took too long to reach or defeat the boss, a Warning Sign will appear instead of Ready Station and you would not be able to proceed further. Do not worry though, you can always queue for another Public Delve or open your own Private or Challenge portal.

In any outcome, a

There are 6 new badges for completing Public, Private, and Challenge delves.

Public Delves are the first type of delve available to players, to enter one head to the Hub.

There is a new Delve building in the east section of Trovian Hub, right where the PvP building used to be. In there you can find Public

Delve Gateway portal together with new

Interacting with a portal will queue player for a Delve. Public Delve queue is global, meaning people queued in different Hubs can end up together. Queue wait can be up to 5 minutes long. After that time passed, a queued played will be sent into the Delve. If there were other people of matching rank queued they will be sent in Delve together. If not – the player will end up alone. Do not worry, the difficulty of Delves scales to the players who are in it.

Note: Once queued for a Delve of any type, the player will stay queued even after going to another world.

Interact with the portal again at any time to un-queue from the Public Delve. Players who log out while being queued will be unqueued automatically.

Note: It is not allowed to switch classes inside of Public Delves (unlike Private Delves). You will be sent into the Delve with a class you had active when queuing.

All mounts and wings can be used in Public Delves. It is also allowed to switch equipment and gems.

Some Leaderboards are based on Public Delves progression. Check Weekly Contests or Delves tab!

Portals needs to be crafted and placed by Players. Can enter alone or with up to 7 others, invites allowed.

Private Delve portals can be crafted by Players at

Delve Workbench and placed anywhere where you have building rights – in Club worlds, on personal cornerstone or in various Adventure worlds. Once placed, anyone can use the portal to register for that delve. 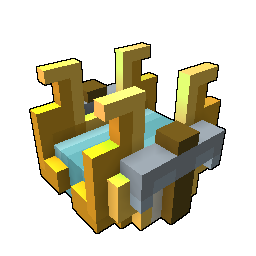 Delve Gateway (Private Mode) can be placed by player at a time. If additional ones are placed they will disappear right away.

Player who placed the Private Delve Portal gets automatically queued for that Delve. Up to 7 other people can queue together with the portal owner.

If a Private Delve Portal is broken using the mining laser, it will return to the owner’s building inventory and unqueue all queued players.

Note: At least one person should stay with the portal. If all nearby players run away from it, it will unqueue everyone and destroy itself.

Private delves allow players to change their class at will. However, only Delve mounts and Wings can be used in Private Delves COLLECTION LINK

The /joinme chat command can be used to invite more players at any time, up to a maximum of eight unique players.

Some Leadeboards are based on Private Delves weekly progressions. Check Contests or Delves tab!

Portals needs to be crafted and placed by Players. Can enter alone or with up to 7 others.

Every depth of Challenge Delves has same objectives and creatures for all Delvers that week. There are two craftable Challenge portals – 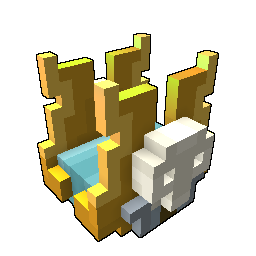 Challenge Delves start at the Depth 110 and Easy portal will always have this depth as starting one.

However, every time a group of players or single player progress through the Challenge Delve, their personal difficulty will be locked to the last completed Challenge Delve depth.

> For example, you start alone at 110 and complete 15 Challenge Delves. Next time you place Challenge Mode portal this week your starting difficulty will be 125, but Easy Challenge portals will still open a 110 Depth no matter your progression.

At the end of every week all personal progressions decay by 8, but will never drop below 110.

> For example, you reached Challenge Delve Depth of 130 this week, next week your personal Challenge Mode portal will offer 122 starting Depth.

As with the Private portals, Challenge Delve portals can be placed anywhere where you have building rights, and any players can queue in.

Delve Gateway (Challenge Easy) can be placed by player at a time. If additional ones are placed they will disappear right away.

Player who placed the Challenge Delve Portal of any kind gets automatically queued for that Delve. Up to 7 other people can queue together with the portal owner. Only queued players will be able to get re-invited for Delve after it stats.

If a Challenge Delve Portal of any type is broken using the mining laser, it will return to the owner’s inventory and unqueue all queued players.

Note: At least one person should stay with the portal. If all nearby players run away from it, it will unqueue everyone and destroy itself.

Challenge delves allow players to change their class at will. However, only Delve mounts and Wings can be used in Private Delves COLLECTION LINK

The /joinme chat command can be used to re-invite players that were queued to the portal and entered the starting Delve.

Some Leadeboards are based on Challenge Delves progression. Check Weekly Contests or Delves tab!

To unlock the Boss Fight of a specific Delve, players must complete a specific objective, this will be shown in the top-right of the screen.

The random objective is based on Delve Type, Depth and available Deltaliths. Each player contributes to the objective completion.

There is a 7 minutes and 30 seconds timer to complete the objective and reach the boss room, if this is not reached further progression in that delve will be locked.

Once the objective is completed, at least one player much reach the Boss room to stop the timer. Once Boss cursed skulls are activated, the Boss timer will start – 3 minutes. Failing to kill the Boss in under 3 minutes will also lock further progression in that Delve.

A new currency that can be acquired inside the Delves that is used in crafting recipes and purchasing from merchants.

They are not tradable and only a certain amount of them can be carried in the inventory at any given time.

Delve Workbench for a chance to receive some 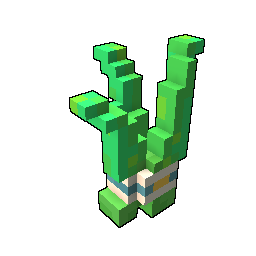 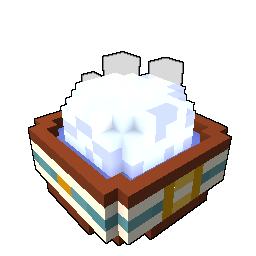 All three of them are placed in normal Adventure inventory, instead of Resource Inventory, and can be used as Food.

Delictable and light, this snack is coveted by bosses within Delves.

Rich with nutrients, a certain amount of pressure is required for this naturally occurring, pudding-like snack to congeal.

Only the deepest of Delves have the right environments for the formation of this splendid snack.

yea me too, i always want something challenging but im pared with nooooooooobs

Also, if I open a depth 7 portal with a class, and get the PR of the same exact class to 5k, will it change the depth upon replacement by the same class? Should it stay as depth 7? If so, what can I do to get it to depth 25?