Following changes are not directly related to Gardening, but were implimented in same update.

For each class you already own you will receive 1 tradable

Horticultural Harvester. There are also 25

Helping out companions in Geode Caves has now a rare change to grant an egg of same type. Thus:

Such eggs can hatch into Common, Uncommon or Rare companion of same type. Tame Companion Eggs appear at the same time as Lesser Crystal Caches when assisting Cave Critters.

With one of Hotfixes Leaderboard contests have been rearranged and rewards have been adjusted to match current priorities.

Star Bar has been made more meaningful, now aside from Cubuts and Starglint Pinatas completing it also rewards with

Diamond Dragonite. So, a fully completing 5/5 Starbar for non-Patron players rewards with:

Fully completing 5/5 Starbar as Patron player rewards with triple amount of everything: 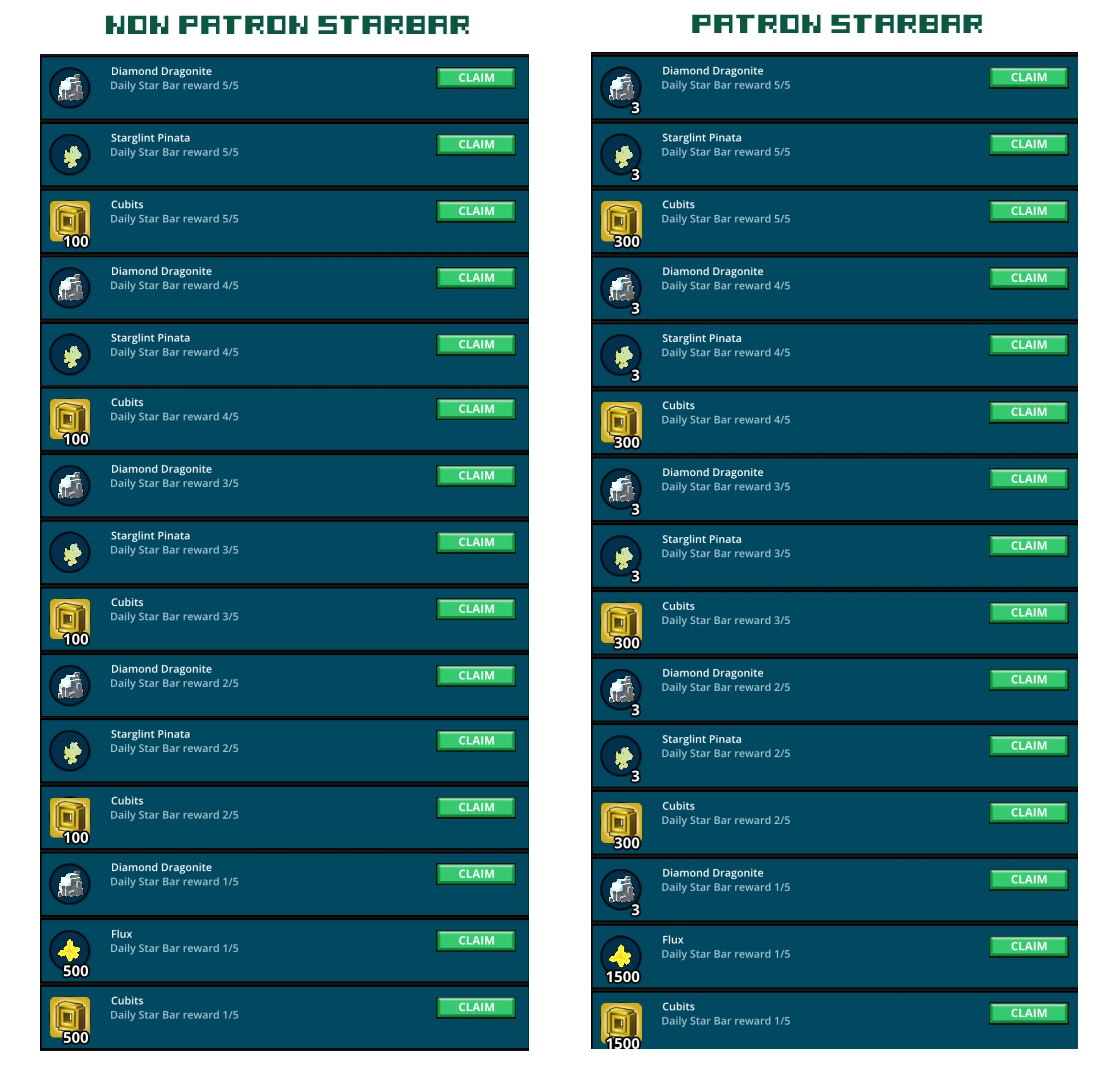 Following items are planned to be removed with next update, meaning you have to use them soon or lose them forever.