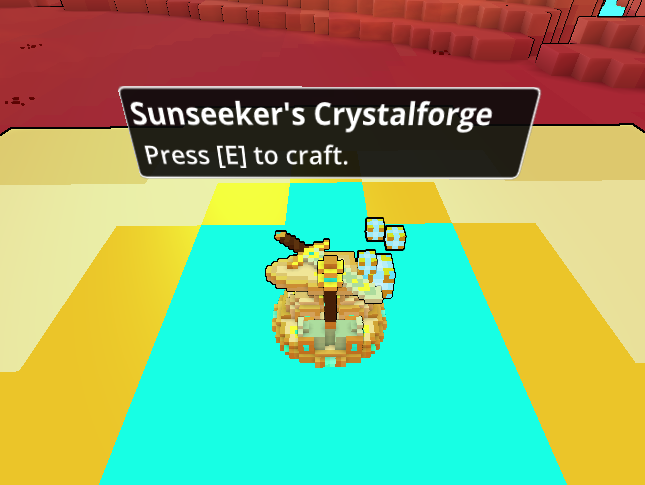 Crystal gear is equipment designed to fight the Shadow, these come with bonuses to Light.

The introduction quest will lead you towards crafting your first Crystal weapon, and you can obtain more as you adventure through the world.

Crystal gear comes in 3 levels. Unlike Shadow/Radiant/Stellar Levels you cannot upgrade Crystal Levels. You can, however, upgrade any Crystal Level to have more stars using

Crystal gear has 5 stats, with Light being a new mandatory second stat on it. 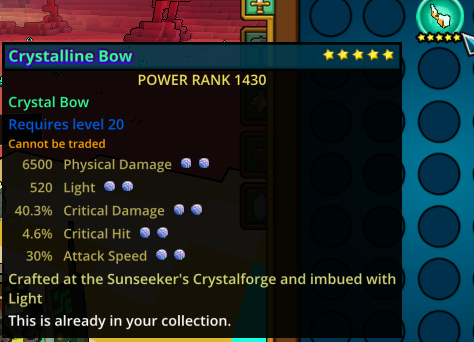 ▼Stats that can be on Crystal gear

Light is a new stat that is found on Crystal gear and Cosmic Gems. Darkness exists exclusively on the enemies on Geode.

Light cannot be removed from items.

Without the Light stat, you'll find it virtually impossible to defeat enemies bathed in Darkness. 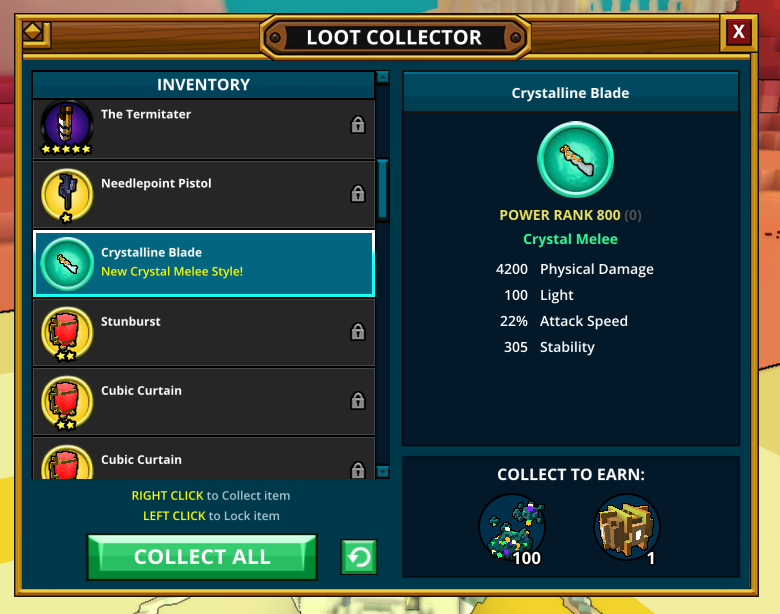 To upgrade your Crystal gear you will need materials obtained from Mining and breaking down other Crystal gear.

Crystal gear can be loot collected into:

Pearl of Wisdom that are on them when deconstructed.

Defeating dungeon bosses will reward you with

Upgrade your Crystal Gear as you normally would using a

Nitro-Glitterine is used to upgrade the stars on items at the Forge from 0-5. It cannot be used to raise the Crystal Level. 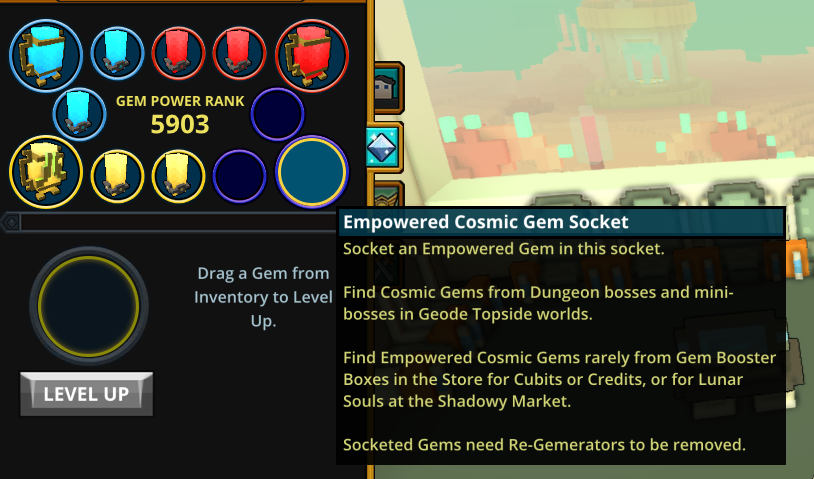 Cosmic Gems will be the primary way to boost your Light stat.

You will find 3 new slots for them in the Gems window of your character UI represented with a purple border, 2 Lesser Cosmic Gem slots and 1 Empowered Cosmic Gem Slot.

Empowered Cosmic Gem Box that is crafted on

Cosmic Gem Dust which is obtained by breaking down Cosmic Gems or Crystal Gear.

There are some new abilities added with the Empowered Cosmic Gems.

Dealing a critical hit to enemies has a chance to increase movement speed and cause the next hit to leech health.

Taking damage has a chance to spawn a blast flower, which will decay and explode, damaging nearby enemies. This gem has a cooldown.

Periodically applies a shield that reduces incoming damage. When the shield is destroyed it will explode, damaging nearby enemies. This gem has a cooldown.

Can I have the same stat twice on a weapon?

It is indeed impossible

There are multiple errors in the list of stats that can be on crystal gear. Can someone look into that and fix it?

Have you got any specific errors you would like us to look at?

Yeah I've got magic find in stat 4 on my weapon.

Thank you, we have updated this.