An Adventure World, where Sunseekers continue to fight against the forces of Shadow who have taken over Geode's surface.

There are no cornerstone plots on Geode topside, but players can access

Merchant Geode Crystal Items (workbench) can be found at outposts on which players spawn into the world. 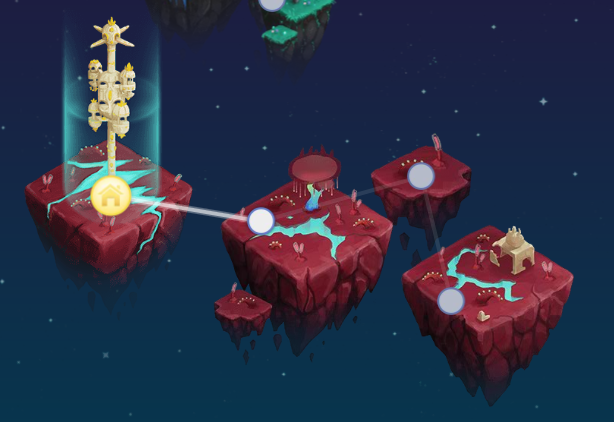 You can travel to Geode Topside as you would any other world, from the Trovian Atlas, which is now available directly from the UI (CTRL+A by dafault on PC).

The worlds have the following requirements:

All three sub-biomes on Geode Surface share same dungeons, natural structures, monsters and ores, but each has unique terrain. There are Lairs (1 star), Dungeons (3 star) and Big Dungeons (5 star). Full list of Geode surface dungeons and outposts can be found here. 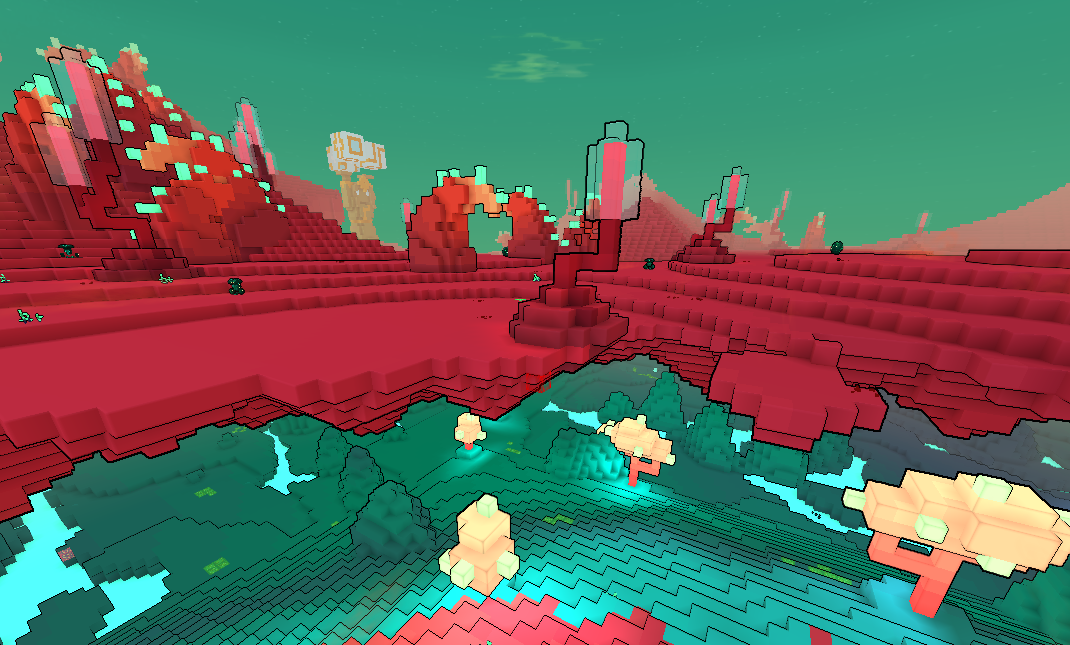 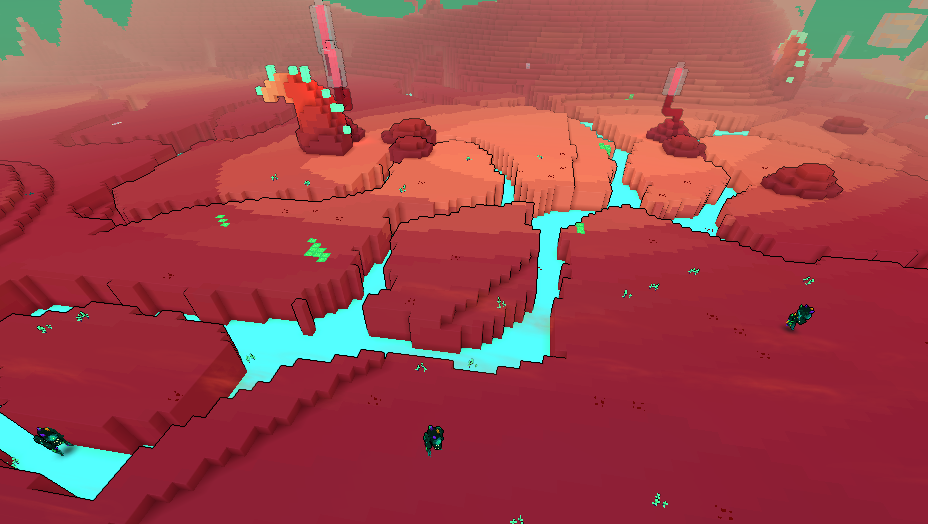 Find and activate the Dark Heart within the dungeon to start the encounter. Bosses and Cursed skulls spawn in random 5 locations around the dungeon. Complete the dungeon with certain time remaining for additional rewards.

Geode Surface has Undertow-themed corrupted shadow creatures. Most of them have ranged weapons or abilities. 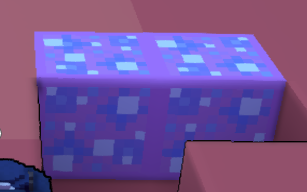 A crystalline green and blue ore that hardens reality against extra-dimensional invasions.

Both ores are found allover the surface of Geode. Most commonly they can be found in caves of Hollow Dunes sub-biome and in spiral mining caves found in other two sub-biomes.

Sandseasower Dragon Egg Fragment has a rare chance of dropping from both ore veins. 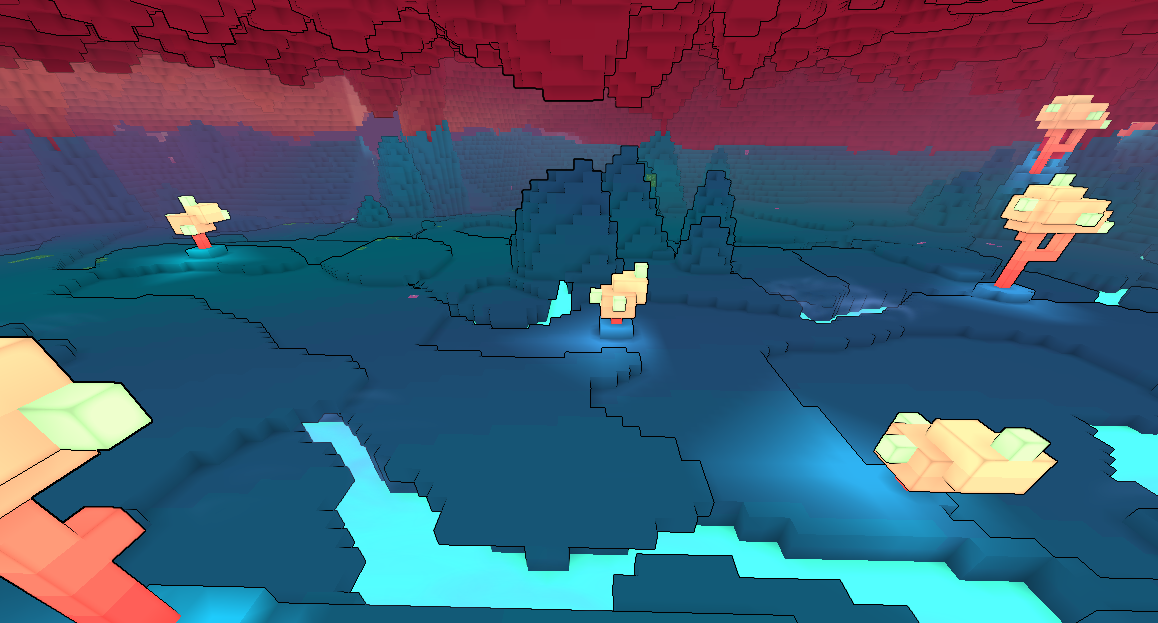 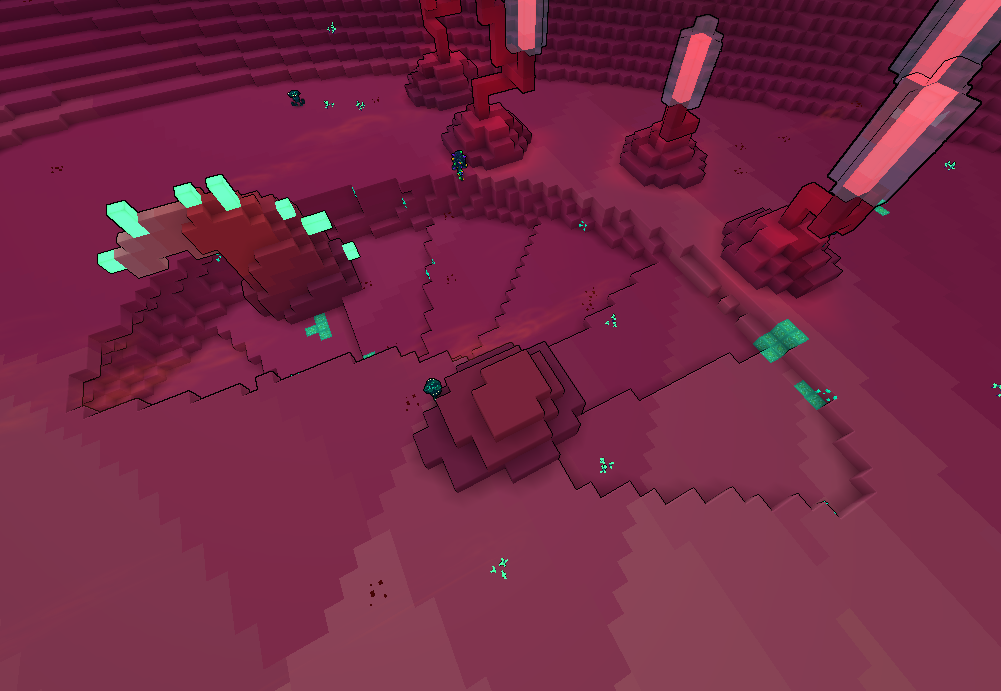 what is a nice class for clear quickly u10? im using sh