Adventures given out by NPCs in clubs at Rally of Heroes and Repose of Heroes have been reworked. Special pinatas have a chance to spawn when players complete club adventures or use Clubit mining machines. 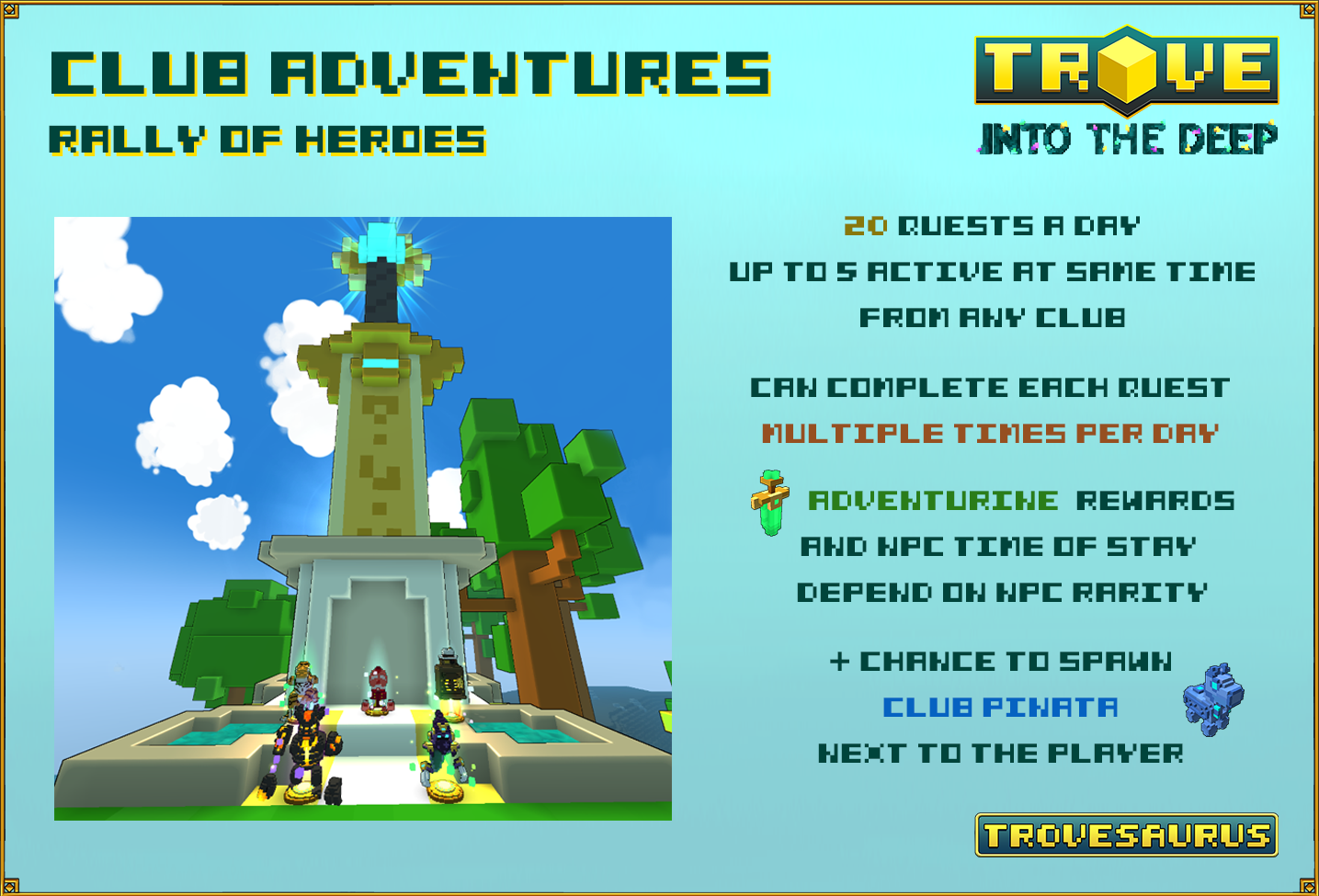 Rally of Heroes have been reworked to provide better gaming experience. From now, players can only complete 20 Club adventures per day, but rewards for them have been significantly increased. Limit of Club adventures a player can have active at the same time has been increased to 5, that counts adventures taken from any club.

Curious Clubyata next to the player, crafting

Adventurine rewards have been rebalanced and now are based on rarity of the Hero who gives the adventure. Adventure NPCs no longer fall asleep, their time of stay is also defined by their rarity. Removing any NPC now costs 200

Clubit. Each adventure NPC now only offers one type of quest, same club quest can be completed multiple times per day.

Some NPCs will only spawn if there is

Repose of Heroes club fixture of appropriate rank is present in club.

Removed with rank 1 Repose of Heroes ↓

150
Any fish or boots will work! Talk to Saltwater Sam in the hub to get started.
Ol' Boothilda fixtures/adventure_boot_muddy
▼ Uncommon Adventures: 200 Adventurine, 12 hours

250
Travel to the Radiant Ruins world and defeat Radiant Giants. They appear on floating islands to guard the Crystalized Clouds that accumulate there, but something has gotten into them lately...
Narandir fixtures/adventure_giant_radiant

250
Travel to the Shadow Tower and defeat 1 of the Shadow Titans. Spikewalker, Weeping Prophet, Vengeful Pinata God, Shadow Hydrakken, Darknik Dreadnaught, OR Daughter of the Moon at any difficulty level.

Removed with rank 2 Repose of Heroes ↓

300
Obtain a Chaos Chests from creatures or dungeons in Adventure Worlds. Remeber, I only count looted chests.
Snackle fixtures/adventure_mimic_chaoschestgold

Repose of Heroes and Beacon of Heroes changesTop ^ 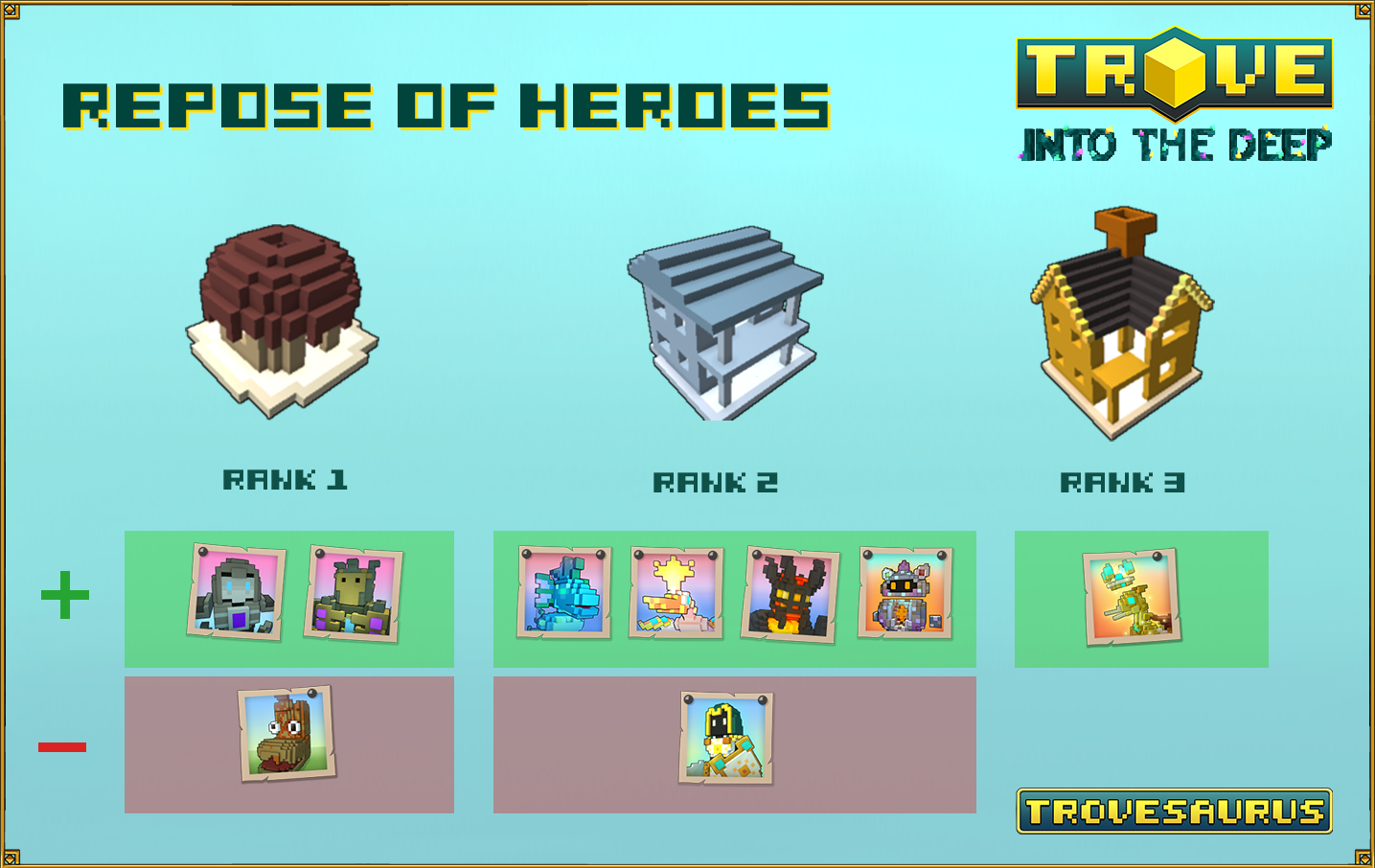 The Requirement to place the

Repose of Heroes club fixture has been reduced to club level 3.

Heroes that can spawn at Rally of Heroes without Repose fixture in the club: 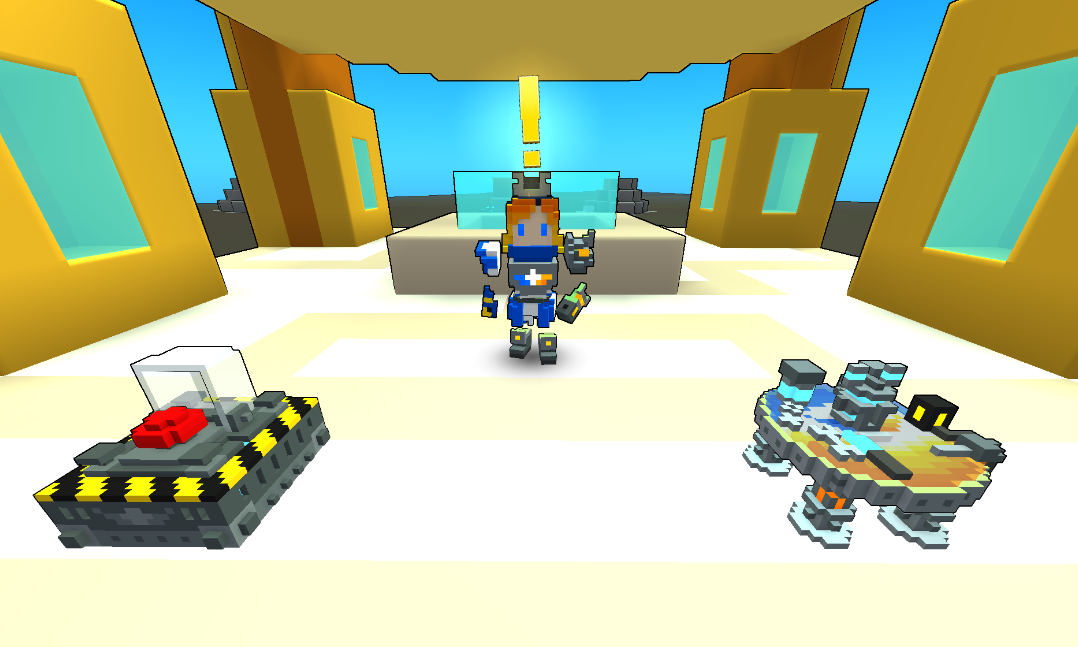 Beacon of Heroes club fixture, instead of spawning at the Rally of Heroes. Yoshimi provides access to a Luminopolis Kami outpost adventure – Defeat 15 Enemies in Luminopolis. Her adventure provides same amount of experience, 75

75
Defeat enemies of the Resistors in the Luminopolis region of Neon City.
Yoshimi outpost/adventure_biped_hero_yoshimi

Completing Club Adventures has a chance to spawn

Curious Clubyata next to the player upon completing the quest.

Clubit Minting Machine is located on

Trovian Clubit Union (all ranks) and

Grand Clubit Minting Machine can only be found on rank 3

Travelling Club Merchant fixture. On this machine it costs 85

Clubit, with each craft having a chance to grant 9 tradable