Banners can now be styled to have an appearance of any unlocked banner. 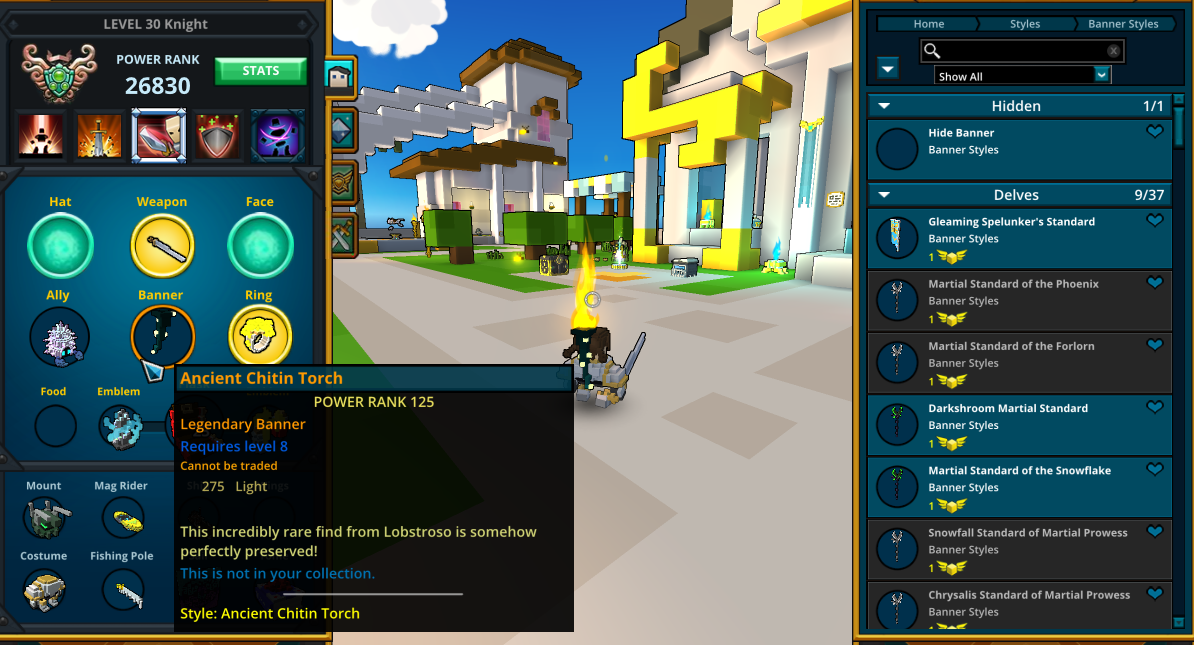 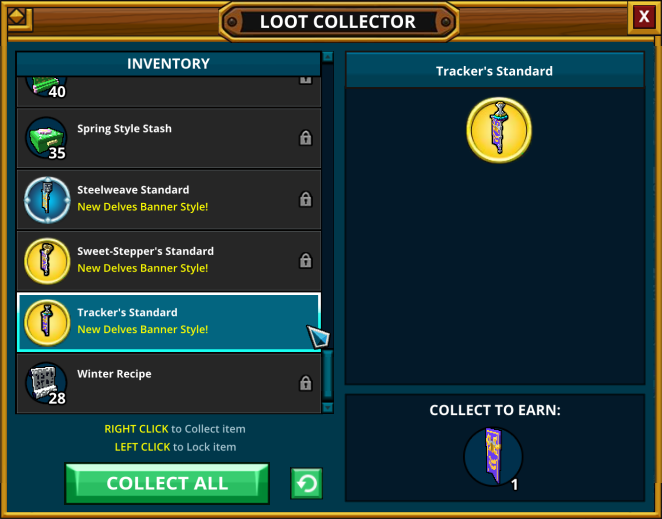 Read everything about Delve banners here.

Currently (september 2020) no PvP or Event banners can be used for Banner Styles.

Update: With the Deep Dragons update many more special boss banners have been added to the game! Check them out at https://trovesaurus.com/deepdragons/dragonstyles 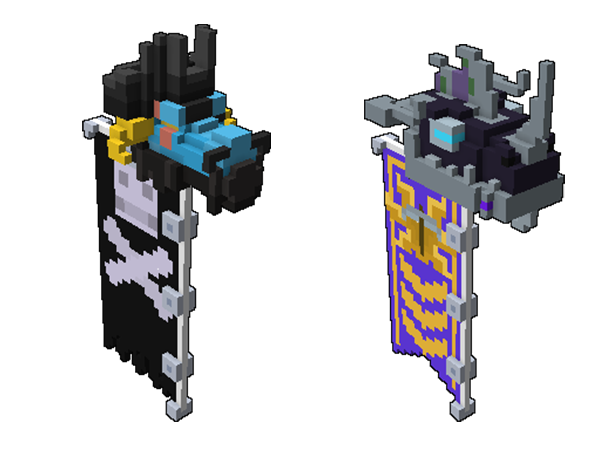 With Hubdate two new special banners have been introduced:

@Flakbeard's Command. These banners have no stats or perks, and are only used for their looks.

Update: With the Deep Dragons update the appearance of these two banners has been changed.

To obtain these banners you must first find recipes for them, which drop only from two new Delve bosses - you guessed it, Flakbeard Dragon and Shadow Hydrakken. These bosses have increased difficulty, special abilities and can only be found in Delves opened by their personal portals:

Portals can be rarely unboxed from

Pressure-Locked Delver's Cache and will spawn Flakbeard or Hydrakken boss on third tier encounered. Following tiers have a small chance to spawn these bosses too.

With recipes unlocked, banners can be crafted at 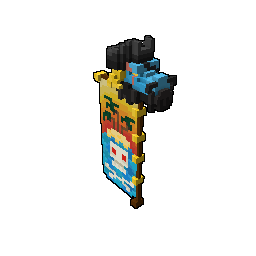 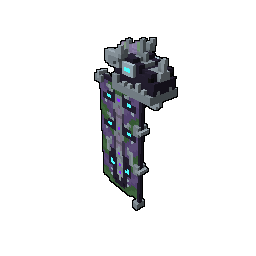 Framework: Hydrakken Head. These two recipes are tradable. Once unlocked, they can be crafted at