This Creation was Approved by Creation Moderators and is waiting to be considered by Trove Developers for Acceptance.

Floren status has been set to Approved

Floren status has been set to Active

Floren status has been set to Active

I really like those new inner layouts, they are much more player friendly, but still somewhat challenging.

Everything seem to be in order, happy to approve :)

Thanks for your review! and yes, this is my first creation. also I do agree to everything that u said in the comment. I will make some changes and send it back :)
Creation Status Changed to Active
by

Whoa, this dungeon is really well made :) And it looks like this is your first creation too? Very impressive!

All the functional elements seem to be in place, amount of decorations is just right and im really happy to see those natural blocks and small grass :)

Unfortunately there is one major thing that this dungeon is lacking - variations. Every dungeon must have a few 'layouts' that it can offer to players. Without that it will become very repetitive after a short time.

Currently your dungeon consists of one blueprint that contains all the parts together. To make variations that big structure would need to be cut into separate pieces. I would suggest to separate it into Boss room, Gameplay Room and Entrance. Any other combination could work too, as long as various pieces can assemble together to form a randomized layout. 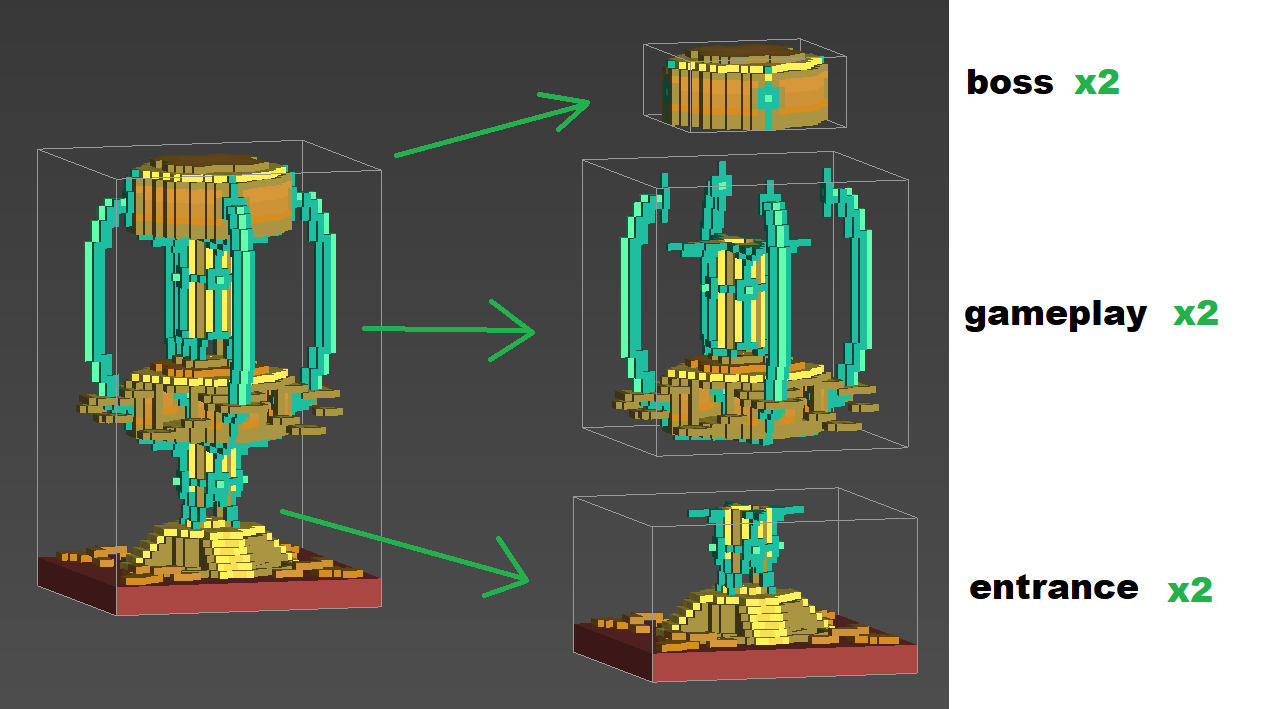 Once you have separate pieces you would need to make them differ. Each room should have at least two options, but more variety is also welcomed.

For example, variations for the Entrance could be:

On top of 'functional' variety its always nice to have some visual variety too, so may be there could exist some extra pillars or other structures.

Same applies to every other separate piece.

Speaking of that narrow pipe though, i believe it might be a bit too narrow for players to climb through. It works perfectly if you are lone in the metaforge, but for a player running on Geode Topside trying to complete as many dungeons as they can while fighting the lag it might get frustrating. I understand there is not much room within current design, but may be the existing platforms could be used in a larger pipe with more room on the inside, while current narrow pipe would get an updraft instead?

Also, just as a thought, since your boss room has entrance in the middle and the quest spawner is close to the wall it would be really troublesome to complete cursed skulls objectives. Some of the mobs might even try to spawn on the outside.  That said, i believe such placement should be quite alright for single target objectives. 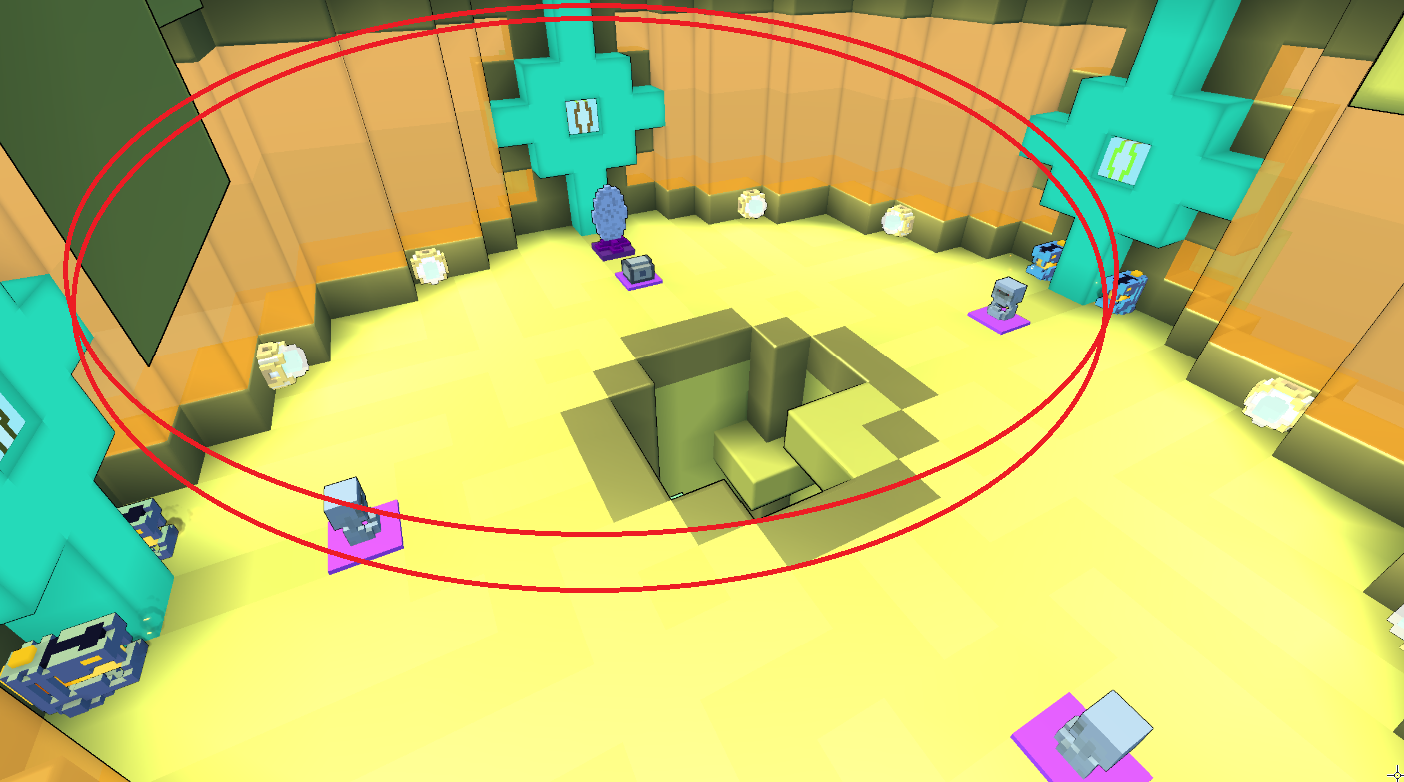 Im going to change status of your dungeon to Active for now. Hoping to see it back on Review with some variations!