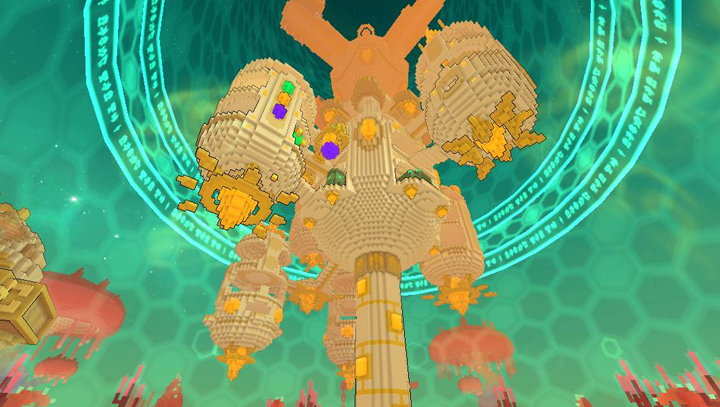 Geode Sanctuary is a safe zone on Geode, protected from the Shadows with a Forcefield. It is not possible to pass the forcefield, all travels in and out have to be done through portals or

Geode Sanctuary has a top-down structure that consists of main spire and pods connected to it. Boulders, Pebbles and other Geodian npcs inhabit Sanctuary. Players can purchase reliquaries from

Reliquary Merchant Thundros, charge them in Geodian Caves and open with

Module Forge and all other necessary geodian workbenches are located in the Sanctuary. Use

Check out our Geode Introduction page for more information!

It is rumored that Sancturay was built around the Chisel, left by The Builder. It had bits of magic that The Builder used in all his creations, so geodians buildt their safe haven around it, hoping for magic to protect them from darkness.

Central floors, starting from the top:

Sunseeker Landing, has Blue Transit Portal leading to Crafters Commons and portal to Trovian Hub. Some shuttles are parked around there, cotton candy

Kevin can be found on one of them. Circle of Friends is located right beneath Landing.

Observation Deck, has no notable elements, populated by Sunseeker npcs, has Anti-Gravity lifts to upper and lower floors.

Sunseeker Square, has passages to Reliquary Research Center and Bomber Royale Blastadium, as well as Anti-Gravity lifts to upper and lower floors.

Crafter's Commons, floor on which players first spawn when they enter Sanctuary, has passages to Companion Ranch and Crystallogy Center, Trovian Atlas and portal to Trovian Hub, as well as Anti-Gravity lifts to upper and lower floors.

Mining Facility, has portals to all three Geodian Caves,

Module Forge for upgrading them. 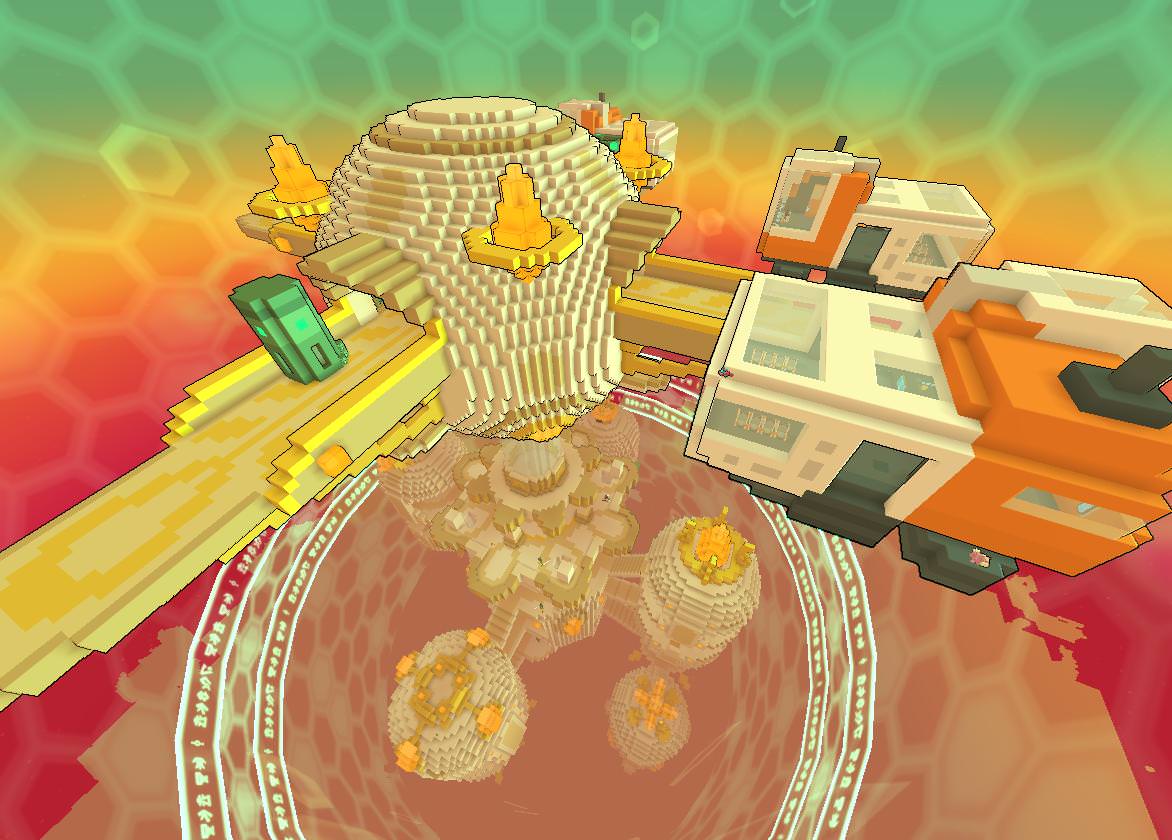 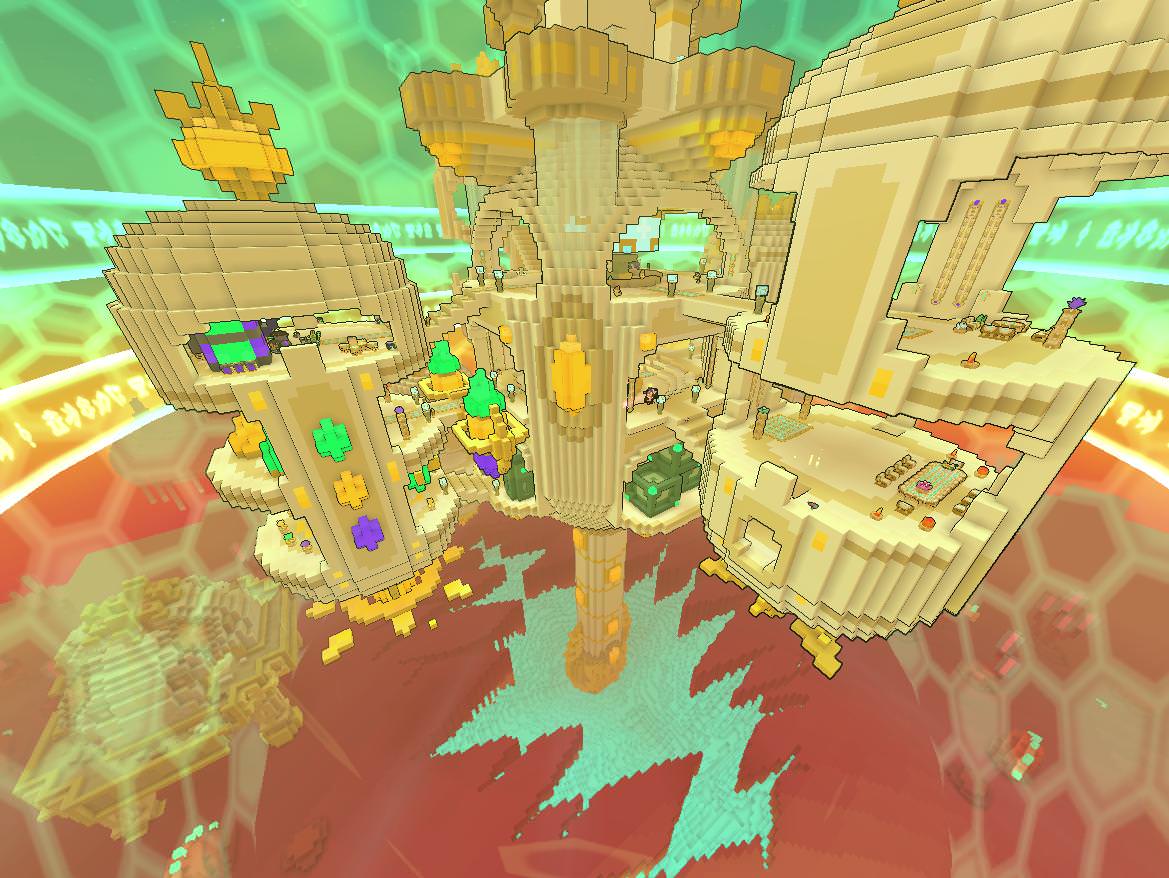 Battlemaster Bakoom who would be happy to sell you goods for Bomber Royale coins.

Companion Trainer for training your companions and

Forever Home Finder for disposing of your companions (you monster!). Also there is located

Bottom layer of Eastern pod is an empty decorational room. 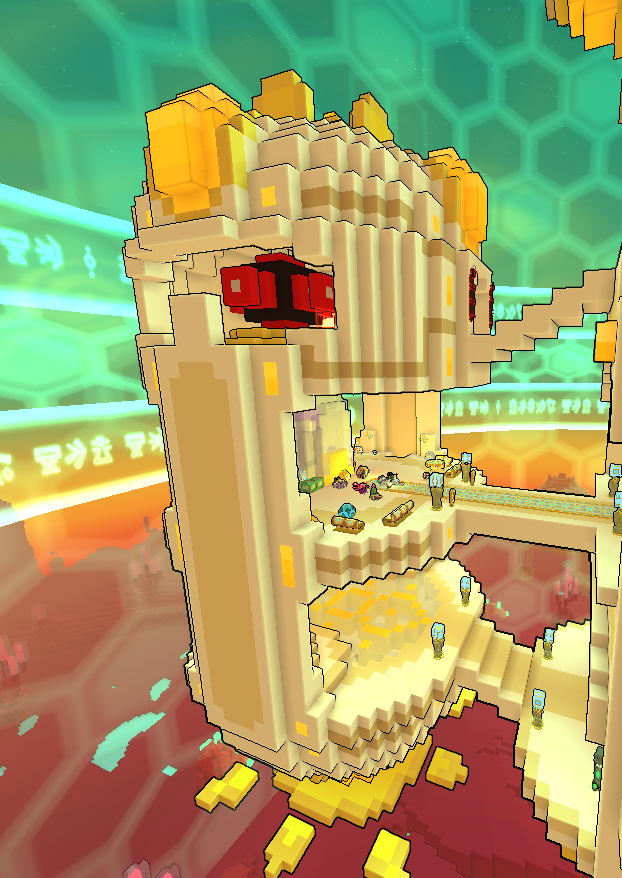 Reliquary Revealer that is used for opening charged Reliquaries. Also there is located

Bottom layer of Western pod is an empty decorational room, below it you can find an entrance to hidden room with corrupted crystals. 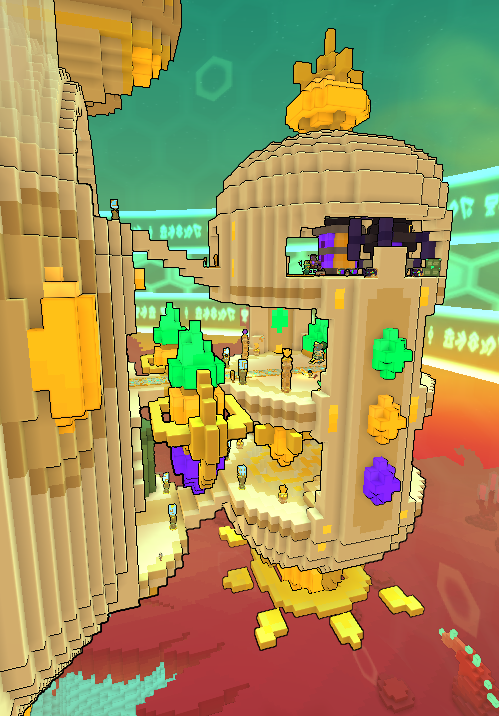 Decorational. Temple of The Sun on top layer, dining room on middle layer and empty room that players can sometimes spawn in when entering Sanctuary on the bottom layer.

Below Northen Pod there are two small pods and walkway between them, Storage area. It is also purely decorational. 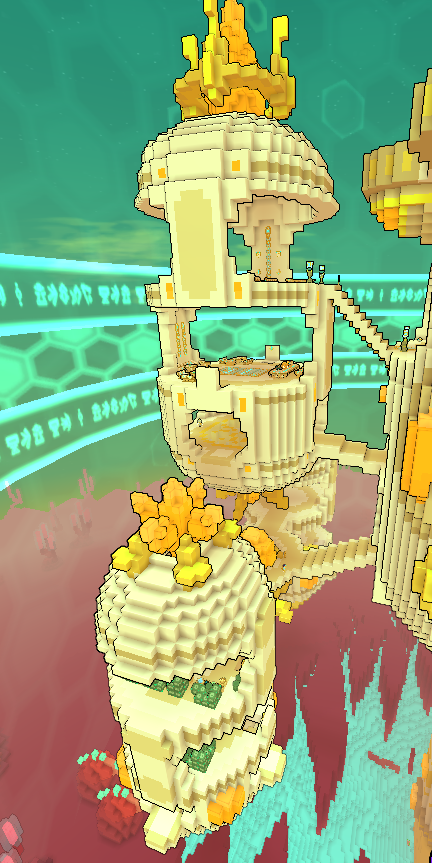