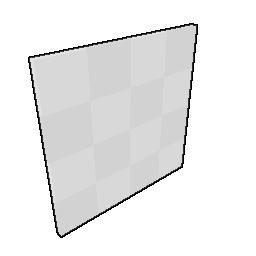 When this block is placed it will transform to match adjacent blocks. 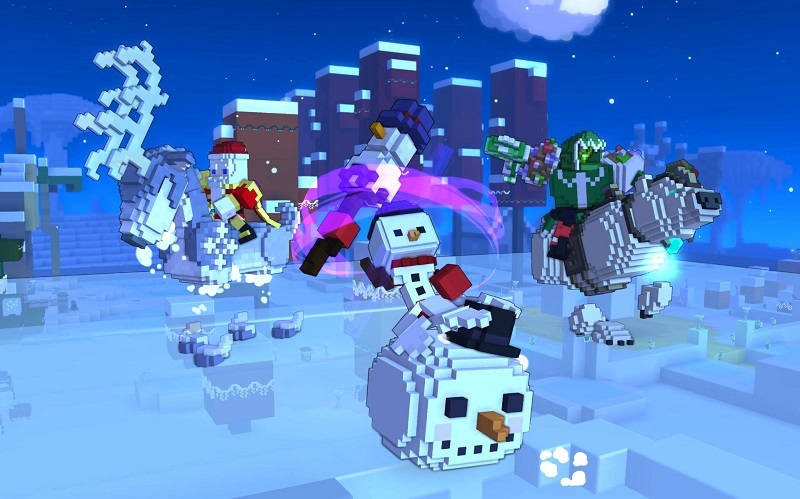 8 new event adventures, daily login rewards, a jolly new Hub, and Horned Rumpfus enemies invading the Permafrost biome can mean only one thing: Snowfest is back!

Snowfest
By completing the new Snowfest adventures you can earn fantastic frosty freebies like the Tumbling Present ally and Frovious, the Snowsteed mount.

Take down gift dungeons (these are dungeons that look like wrapped presents) to earn Subzero Snowflakes. When you take down a present dungeon boss, there’s a chance for a Snowfest Mimic to spawn instead of a loot chest. Take down these rare spawns to earn extra Subzero Snowflakes in addition to the dungeon chest loot.

Use the collected snowflakes at the Snowfest table in the Hub to craft a massive amount of uniquely wintry items, including the Go Go Cocoa Mug mount!

Treat yourself to this cool annual celebration and stay frosty, Trovians!

If mimic blocks aren't able to mimic something, I'd treat it as a bug. Make sure it's posted in the bug report forums, as that's where the magic happens.

Basically the top of the dogs head is "rounded" in that you've added extra steps in the voxels to make it appear more round where Trove creatures and characters, for the most part, have square heads. So I would play around with that a bit more. Look at Trove characters and creatures and mimic them a little bit more.

NEW MOUNTS
* The Chaos Hound can now be acquired!
* Scoops the Panda can now be crafted from the workbench!
* The Treasure Isles pirate vendors have a new robotic feline mount for sale, Gadget Cat!

MAKE IT RAIN!
* For this week only all glim gained from adventuring is doubled!


LAST CHANCE SALE
* For this week only, all Winter Pinata Credit prices are 50% off! After this week is over, they will no longer be for purchase until next year!

GENERAL
* Added hidden face and hidden hat appearances. You can now hide your mask or hat by selecting a "hidden" appearance in your character sheet.
* Fixed origin portal bug where the portal could be spawned inside and through walls.
* Fixed a bug where destroyed Radiant Prisms leave behind collision volumes that block projectiles.
* Fixed bug where Rapt Berserker's passive effect spawned when non-NPC entities died.
* Added /laugh, /cry, /shrug emotes.
* You can now run over with your mount and use the mining laser to destroy harvesting nodes in the world.
* Water is much easier to jump out of now.


CLUBS
* Increased club world capacity to 48 players.
There is now a 'Liked Worlds' screen which will show you all worlds you've liked and allow you to join them). Press 'Y' to access this screen.
* Club logs have gone in! You can use the slash command "/club log [clubname]" to see your club's recent activity. Logs start today - unfortunately we don't have historical data saved.


ADVENTURE WORLDS/BIOMES
* The water table for the ocean has risen! The Sea of Regret is now very, very deep in adventure worlds.
* Magmen and Molten Lords now have a chance of dropping their corresponding trophy.
* Snow Spirit trophy names have been changed slightly to better differentiate them.


UI AND SETTINGS
* "This is not in your collection" is no longer shown on ring tooltips.
* Fix for non-item tooltips sometimes showing "Cannot be traded".