Before working on each separate room of your lair or dungeon and making them beautiful it is useful to plan out the whole dungeon first.

Like we already mentioned in the previous chapter, lairs have a bounding box of 39x90x39 voxels and dungeons are limited to 125x125x125. That means, if something exceeds those dimensions it will not assemble in Metaforge or spawn in-game. It is alright if your creation occupies less space than maximum allowed, but do make sure that all rooms have enough space in them for comfortable traveling and combat.

There are numerous amounts of possible layouts, but each of them should have:

Or, if to put it in order in which rooms should appear:

On the image below you can see lair layouts that will work (top line) and would not work (bottom line). Where Matrix with ground layer and fake air roof has a maximum size of 39x90x39, Entrance part is marked with a yellow box, gameplay area – red, and boss room – blue. 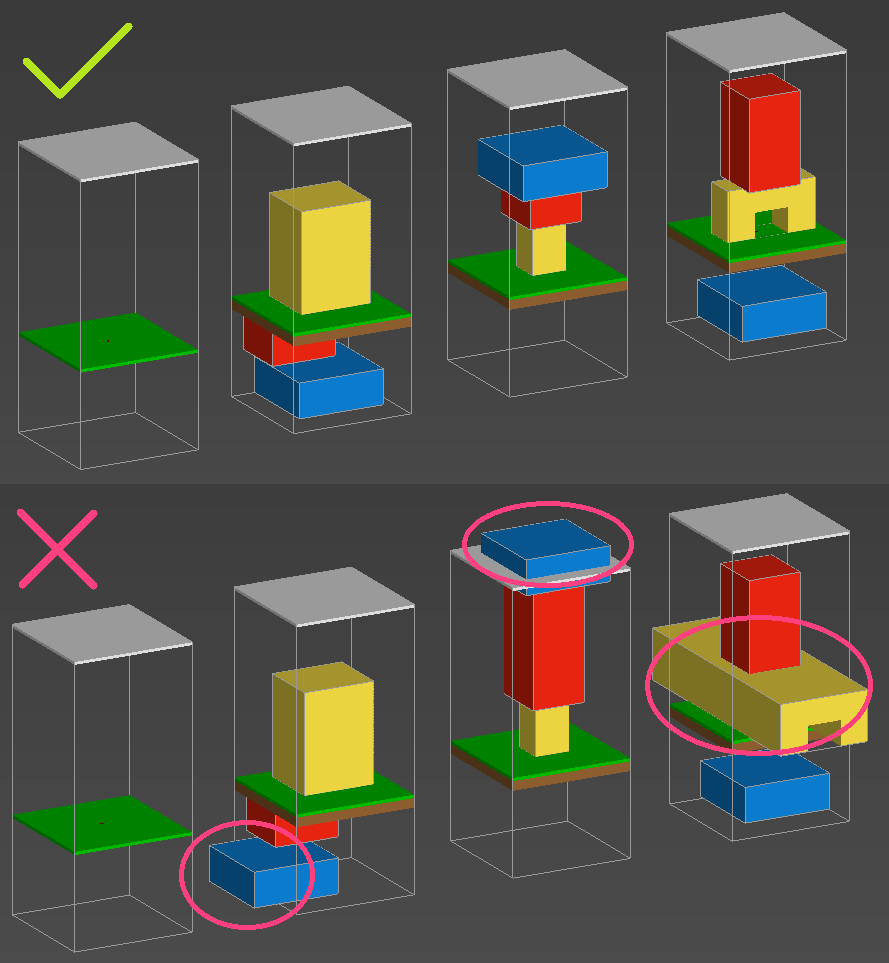 To make it clear, it is not mandatory that your lair consists only of those 3 parts, there can be as many as you prefer and in any order, as long as the whole structure follows construction and design rules and does not take too long to complete. In general, each dungeon and lair should be in balance between too easy\fast and too hard\time consuming. Dungeons and lairs that are too easy, remove the challenge from obtaining a reward. And dungeons that are too time-consuming make players skip them because time (or bombs) spent on them is not worth the reward.

Here are a few examples of how lairs can be constructed. This does not mean that other variations are not acceptable. 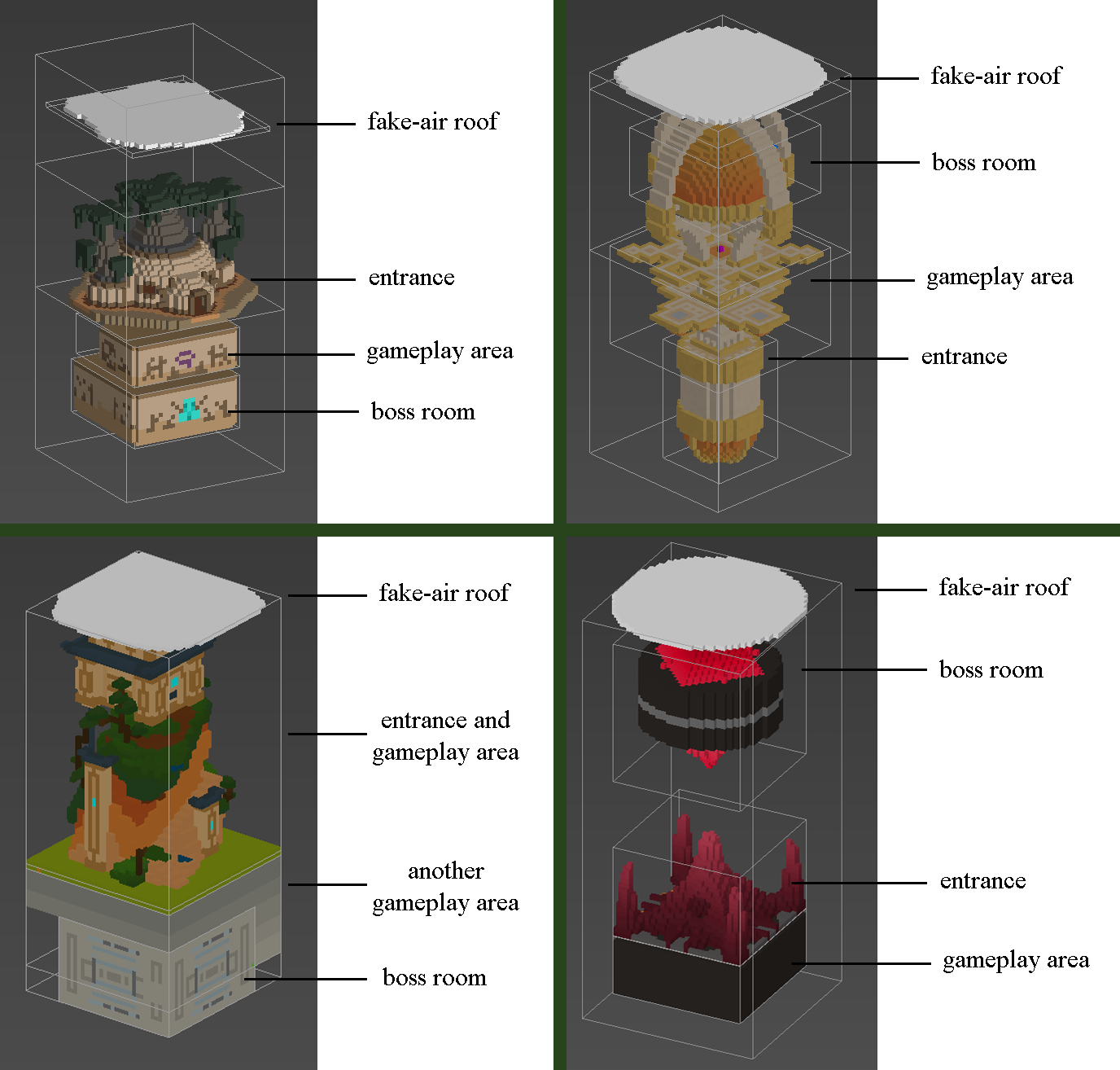 Dungeons work on the same principles with only differences of more space available, more gameplay rooms and 3 bosses instead of one.

While making a dungeon or lair it is necessary to make sure that all parts that are intended to be accessed (pathways, jump-pads, boss rooms etc) are accessible with only 2 Jumps, thus ensuring that even new players can complete them. If your dungeon or lair has a dangerous path above a deep pit, there needs to be a way out of it, again, doable with 2 jumps only.

It is not forbidden to use Air Draft or Anti-gravity blocks, but they cannot be the only way of traveling through a dungeon, more of an ‘assistance’ to point players in a direction.

No elements in dungeons should be too repetitive or annoying.  Corridors, stairs, and doorways should be enough for a mounted player to pass through without feeling cramped.