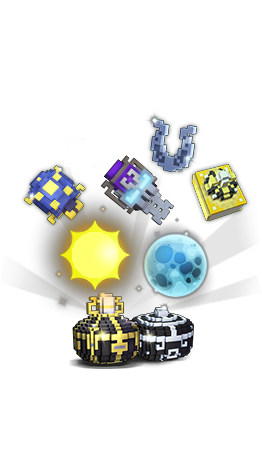 Produces 1 Empowered Gem Box when fully charged. Legendary Tomes can only be charged once a week. Charges in Dungeons, Geode Caves, and Delves. Purchasable from the Store.

Gem Augment. This item gives a large augment to one stat on a gem, and that gem's Power Rank. Used at the Gem Forge. Crafted at the Adventurer's Crafting Bench.

Use this key on a Everdark Vault.

Everdark Vaults appear in the Shores of the Everdark after winning a battle in a colosseum.

This key grants a Stellar Empowered Gem with a class ability based on the class which uses it.

Open for a Builder's Focus or a Contained Chaos Spark!