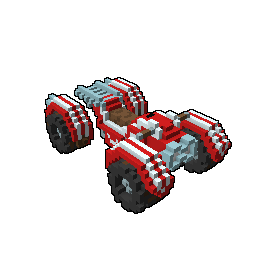 Team Cinnabar's Pan-Trovian Rally roster leans more toward the heavy hardware, but has a few slots open for these.

You can unlock the Cinnabar Squad Quad in the following methods:

Chaos Core Crafter, or alternatively a Rare drop from a