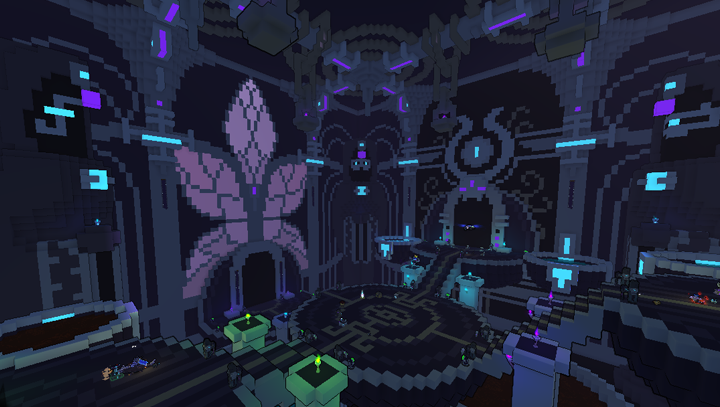 Shadow Tower Lobby can be accessed via Trovian Atlas (in Hub, or Ctrl+A by default), or via

Shadow Tower floors consist of Shadow dungeons. Players must complete 3 on each floor to reach Shadow Pinnacle or Altar of the Moon.

No more than 8 players can be in one dungeon at a time. Anyone in group can /joinme username other players to join the group, joining players must have appropriate Power Rank. Person who opened a portal is appointed a "group leader" and can /kick username other players from a group (they are being teleported to Trovian Hub Square if kicked).

Shadow dungeons spawn either as Arena dungeon (5 waves of monsters in one room) or as big Dungeons, which have at least one Cursed Skulls quest before Main boss. Minor quests are usually tied to

Completing either Quest or Miniquest replenishes Flask charges. If killed in Shadow dungeon, player will remain dead till wave of monsters is finished or till the boss is killed. If all players in a group are dead before wave is completed, quest resets and starts from the beginning.

After completing a dungeon players proceed to end room which has already opened portal on said workbench leading to the next dungeon on the floor.

There is a wide variety of Shadow Dungeons. Most of them are themed aroud Shadow and Chaotic themes, but there are also Permafrost, Candorian and Desert-frontier Steampunk-ish shadow dungeons. Layouts of dungeons vary lots aswell.

Dungeons are populated by Shadow versions of mobs from other biomes, as well as special monsters that can only be met in Shadow realm. 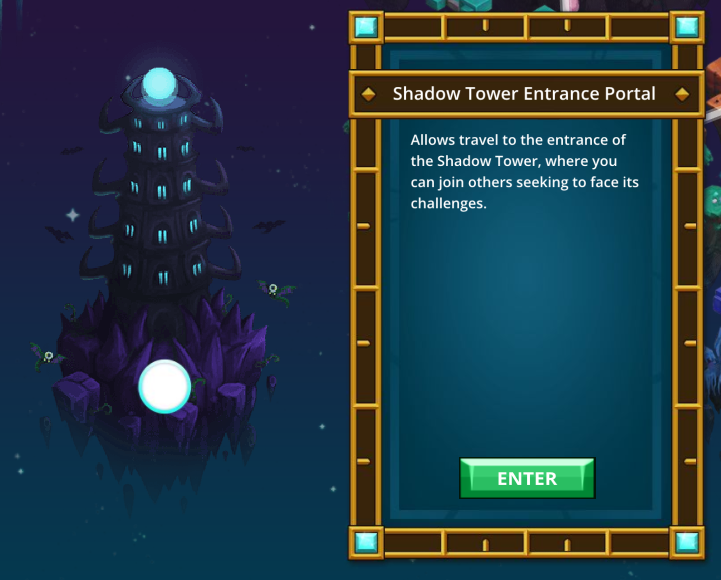 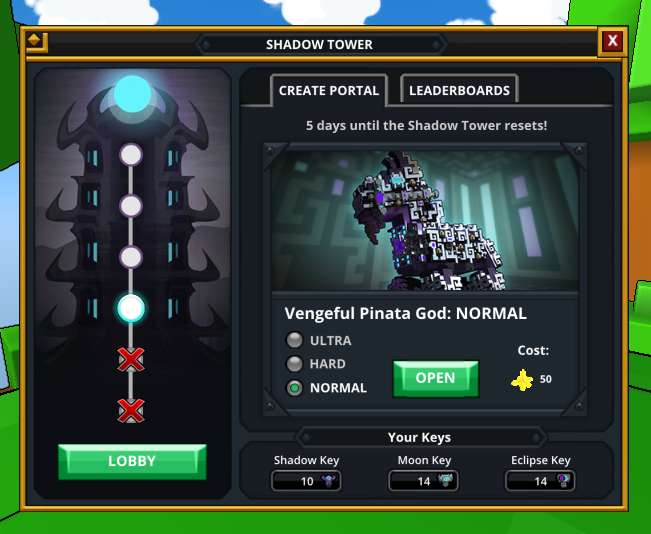 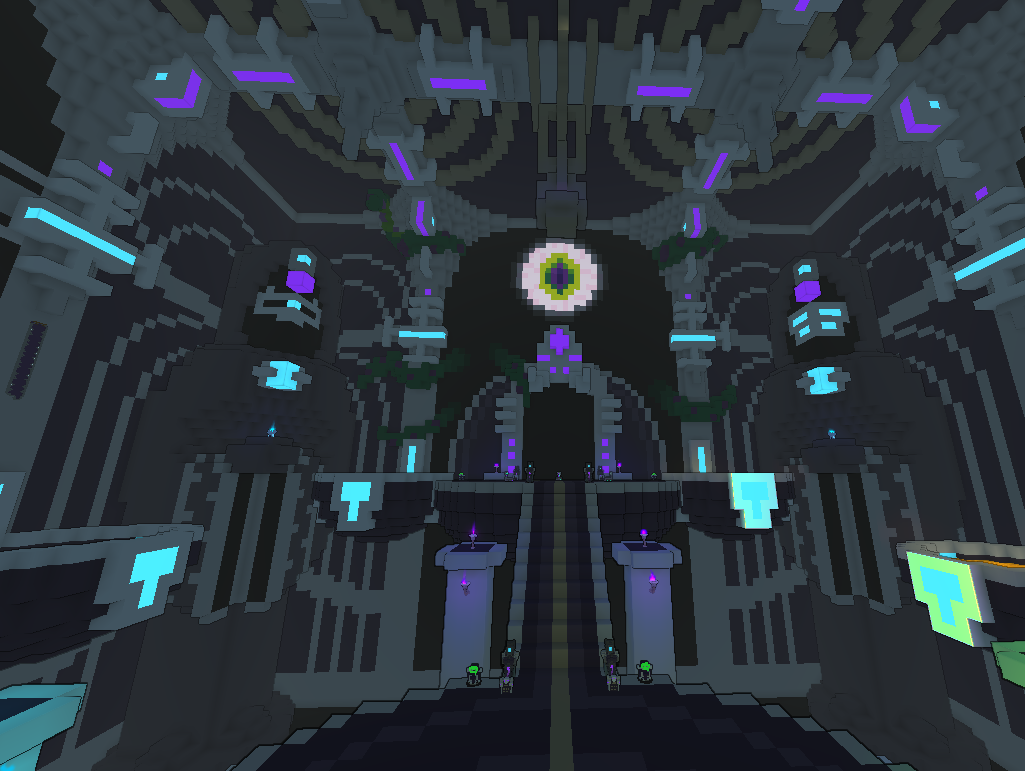 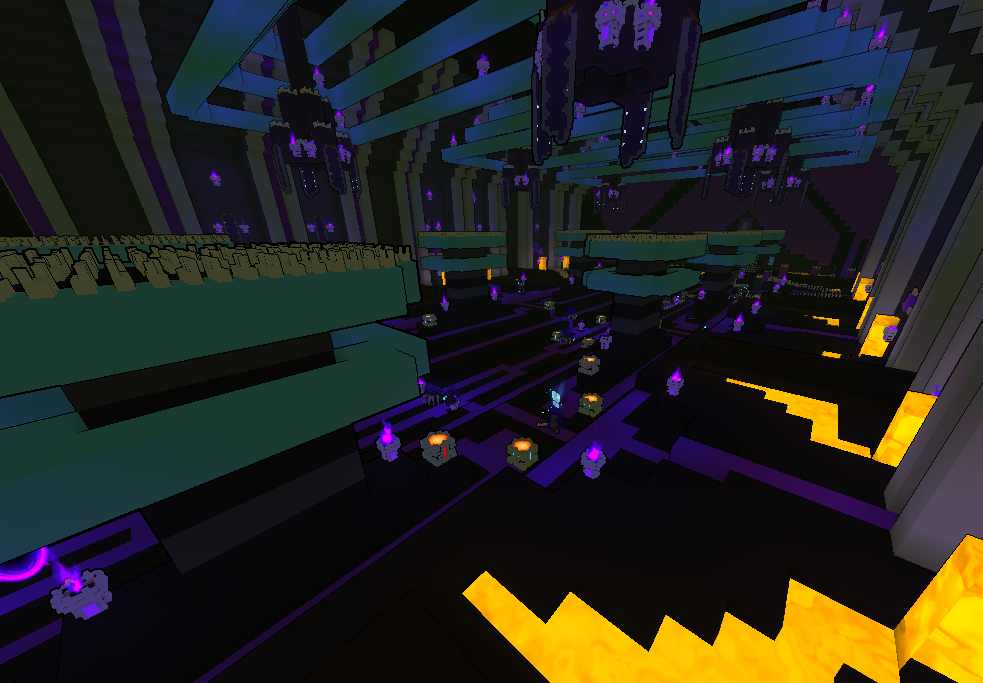 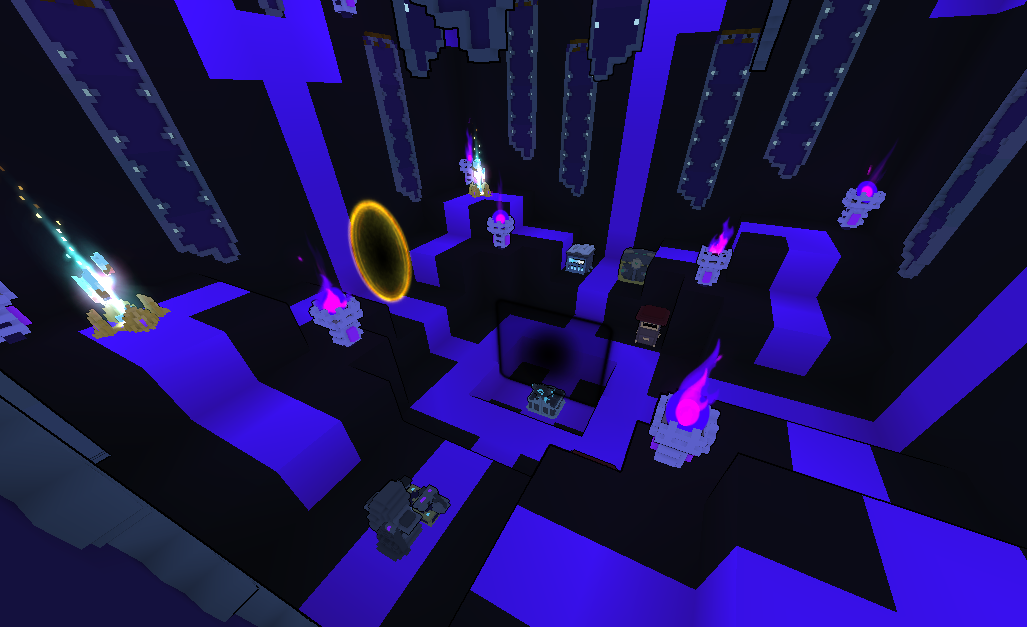 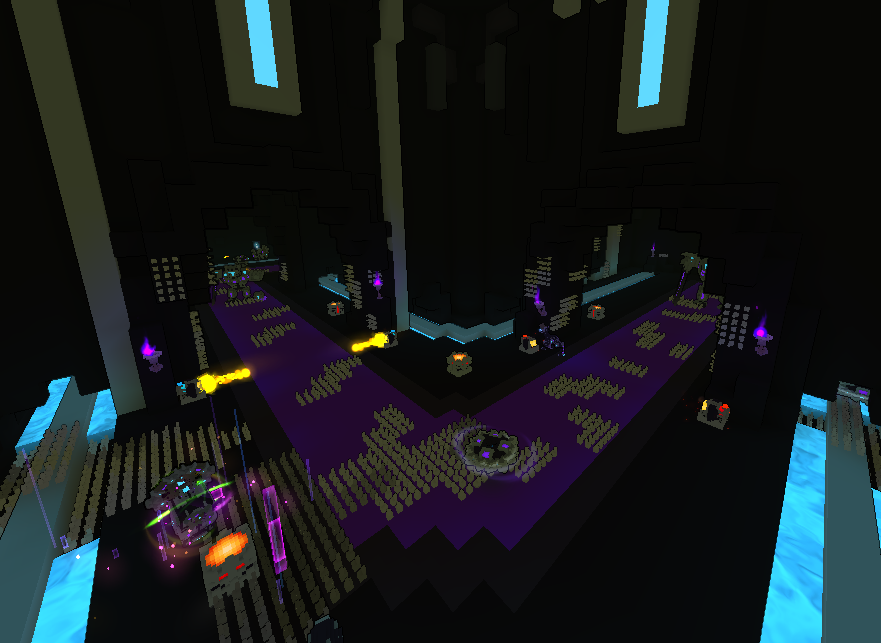 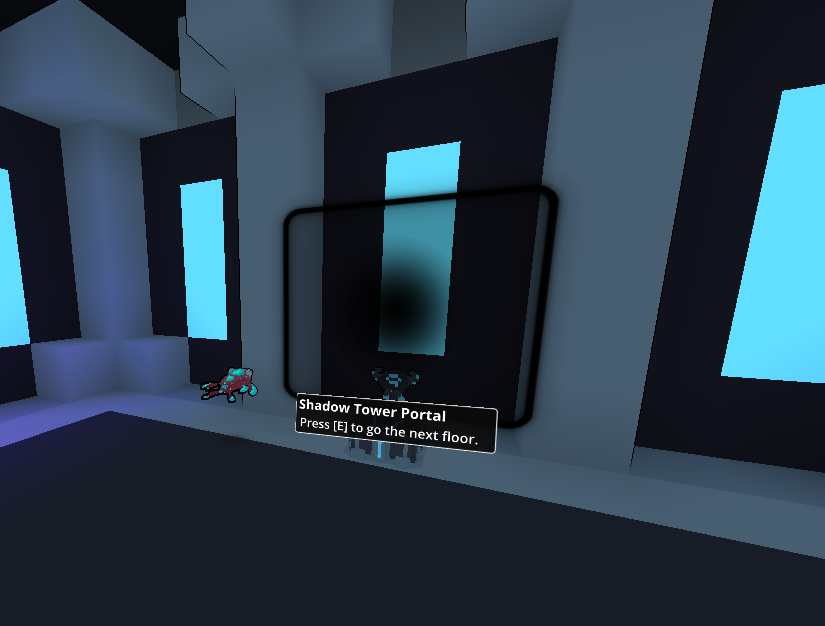