This guide shows you how to reroll your stellar gems to acquire Magic Damage, Critical Damage, and Critical Hit with no boosts to Critical Hit while minimizing the amount of resources spent. Similarly, you can interchange Magic Damage with Physical Damage if you wish to acquire Physical Damge instead of Magic Damage. The expected amount of rerolls will be shown for each stat combination, which is useful for deciding which gems to reroll or how much resources to save up.

Gem rerolling is limited to the amount of lunar souls you can spend, so it is important to not waste them with suboptimal rerolls.

I use MH to represent both types of maximum health stats since there is no need to distinguish them apart. You will not need any boosts to CH in the long run. You should also have 3 boosts on the gem to get the most stats from it.

The target gem is CH CD MD with no boosts to CH. Each table will have an alphabetical version and another version that is ordered by expected value. 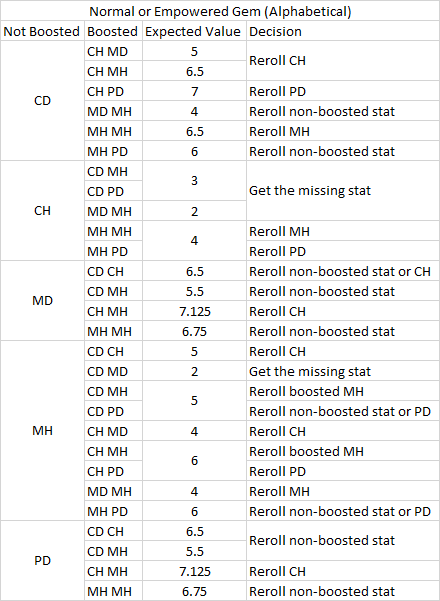 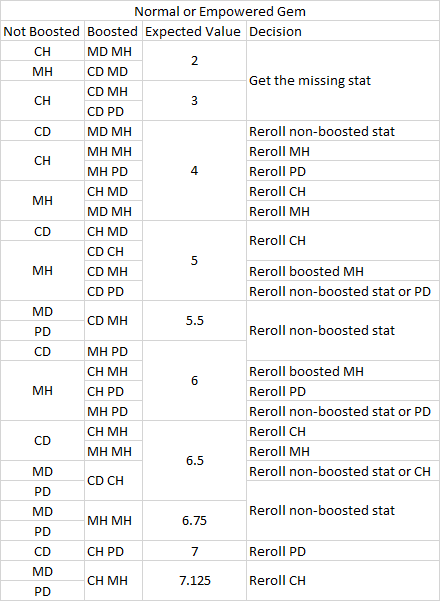 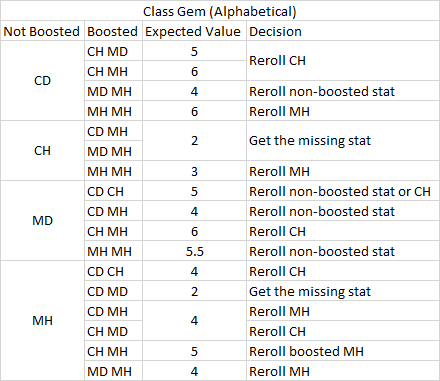 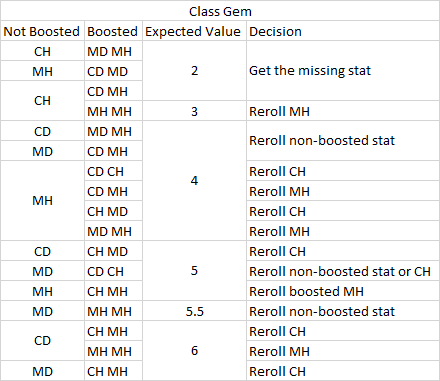 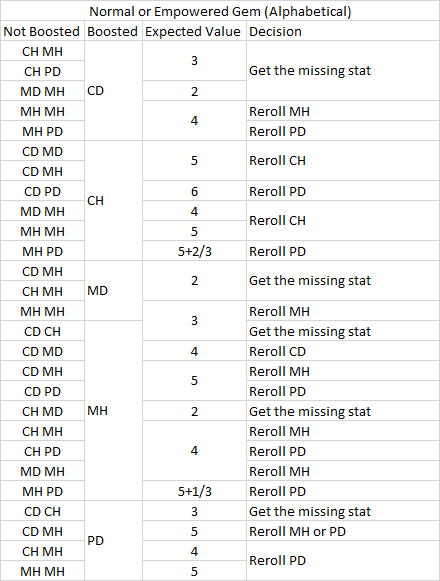 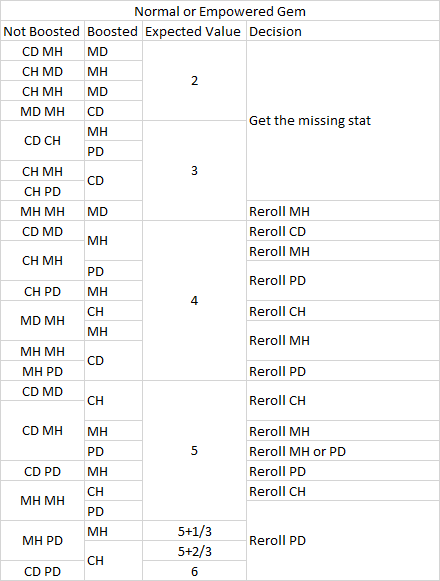 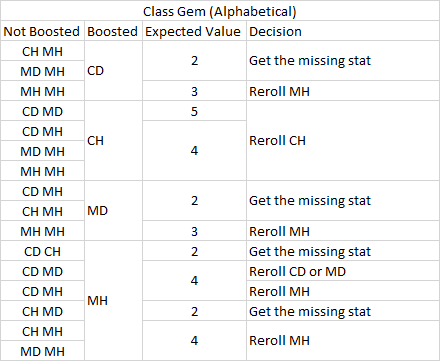 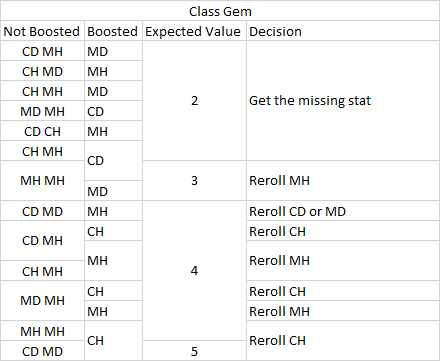 Class gems are different because you cannot switch between MD and PD. Expected value represents the average amount of rerolls needed to reach the targeted stats using the strategy. I didn't include Health Regeneration, but you can take 1 + the average of the possible outcomes from rerolling it to figure out the expected value.

Sometimes there are actually 2 choices for the decision, but I only pick 1 because it is better to keep the dps stat. Suppose you have a gem with CD PD and CH, where only CH is boosted. The decision is to reroll PD, but you could also reroll CH and the expected value would be the same. The only difference is PD doesn't contribute to dps for a magic damage class, so I decide to reroll PD instead of CH.

This information is for people who are interested in how to calculate the expected value.

However, we must also consider other ways to reroll CH | PD MH. If rerolling MH, then we get:

Here is a guide for optimizing DPS: How to Optimize Your DPS by Balancing Stats

nicromancer (PC) has been removed by