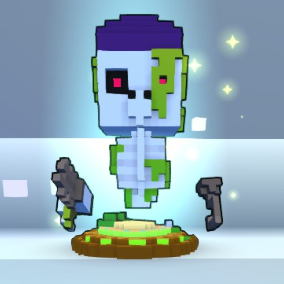 Club fixtures offer strong stat benefits for its members, but it can seem impossible getting enough XP for them if you're not a part of a gigantic club with hundreds of members. Fortunately, at the moment there's a quick and efficient method that's far better than any other quest available. With a little time and effort, even small clubs with just your friends can reap some of those sweet benefits!

The best adventure available at the moment is Pirrot's Revenge, a quest asking you to kill 30 Pirrots. The reason this is the best is because, unlike any other quest available, these enemies can be spawned very easily and repeatedly by using a Cursed Skulls dungeon. Each completed Pirrot's Revenge earns you 36 Adventurine (the currency for Club merchants) and 150 Club XP. With the proper set-up, you can effortlessly complete this quest at least twice within a minute, making it far superior to any other quest in terms of time, reward and effort.

Once you have a Rally of Heroes fixture active, click on the pedastals one at a time. The reason you don't want to activate all at once is that, once you have the NPC Davey, the skeletal Pirrot, you'll want to leave as many other pedastals as you can blank, so that once Davey despawns, you can summon more NPCs right away in hopes of getting Davey again. You can also spend some Clubits from the Adventures tab of the club menu to dismiss other NPCs to make room for summoning Davey, but this can be costly.

Once he's spawned, periodically check what quest he's offering. The quests only change when there's nobody near the Rally of Heroes, so you'll want the club to either be empty, or at least have everybody far away from the fixture. Once he's offering a quest called Pirrot's Revenge, have a friend or an alternate account sit next to him to make sure the quest doesn't change. Players will be logged out after about five minutes of inactivity, so be sure to have the person tab in every now and then. Players will be put into a /sleep pose when they're inactive, so having the player next to Davey will help you see when they slump over and have to be tabbed in.

Once you have Davey in place, the next thing to do is to actually find a Cursed Skulls that spawns Pirrots; Specifically the living, feathery ones. Skeletons won't work for this quest. This step can be more difficult than it sounds, because most of the Cursed Skulls dungeons you'll find in Treasure Isles spawn skeletons, Sharkmen, or crabs. Head over to a low-level Drowned world, or a Prime world if you must. The important thing is to be able to one-shot Pirrots with a ranged class, preferably Gunslinger or a Shadow Hunter with a class gem. Any ranged class will work however. If you really have no ranged classes, fear not, because anybody in the vicinity of a Pirrot dying gets the credit, so as long as you have a friend doing the work you'll both benefit.

To find a Pirrots Cursed Skulls, you'll have the best luck searching 3-Star Dungeons. If the dungeon has Sharkmen, you'll want to look elsewhere because those won't contain Pirrots. However, I have encountered two specific 1-Star dungeons so far that can spawn Pirrots, the brown lighthouse and the rock that looks like a blocky skull. 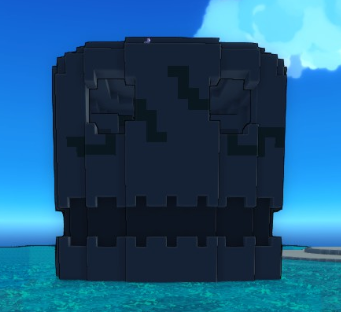 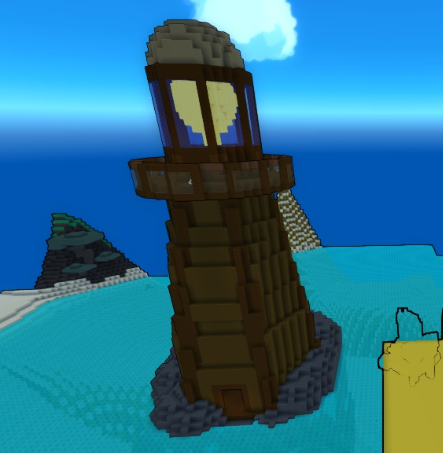 If you find a 3-Star Dungeon that has a Pirrot spawn, be sure to take out the boss of the dungeon so that the dungeon will appear to be finished on the map, making it less likely for strangers to wander on over and accidentally clear the Cursed Skulls. You can't have the Cursed Skulls be completed, otherwise the source of Pirrots is gone and you'll have to find another one. You should also have the Rally Blade disabled while farming for the same reason, as I've had cases in the past where somebody warped in through it and cleared the dungeon because they didn't understand what it was being used for. (The Rally Blade is a sword decoration next to world spawns that allow you to teleport to players that have it toggled on)

Once you've found a suitable Cursed Skulls dungeon, you'll want to do a little construction work to make things efficient. It's important to stay well outside of the blue circle that appears when you activate a Cursed Skulls, so that it will constantly reset and spawn more Pirrots. If the Cursed Skulls you've found is inside an enclosed area, like for the 1-Star Dungeons listed above, you'll have to blast a hole through the wall to be outside the circle. In this case, place some blocks going outwards 3 blocks wide and 4 blocks high so that you can hollow out a tunnel and not have to deal with it being filled with water. Be sure to have it perfectly aligned with the Cursed Skulls. 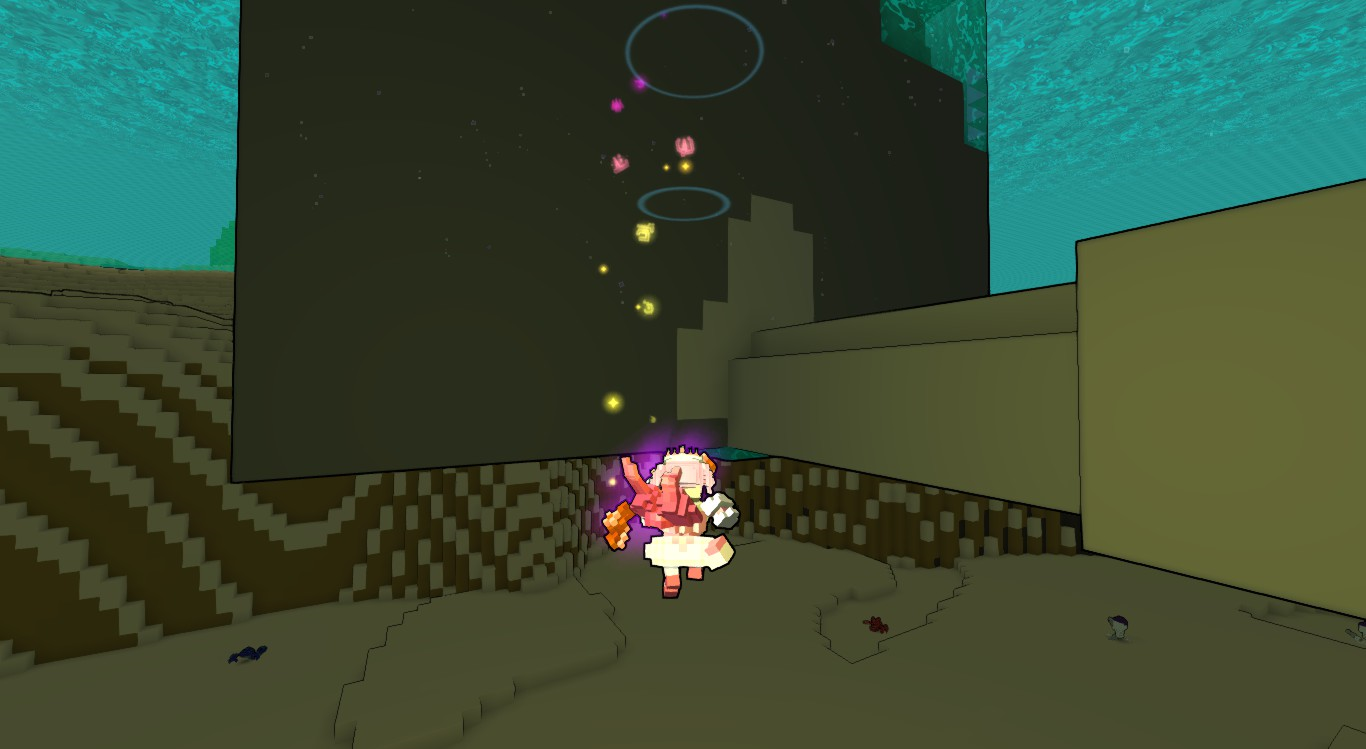 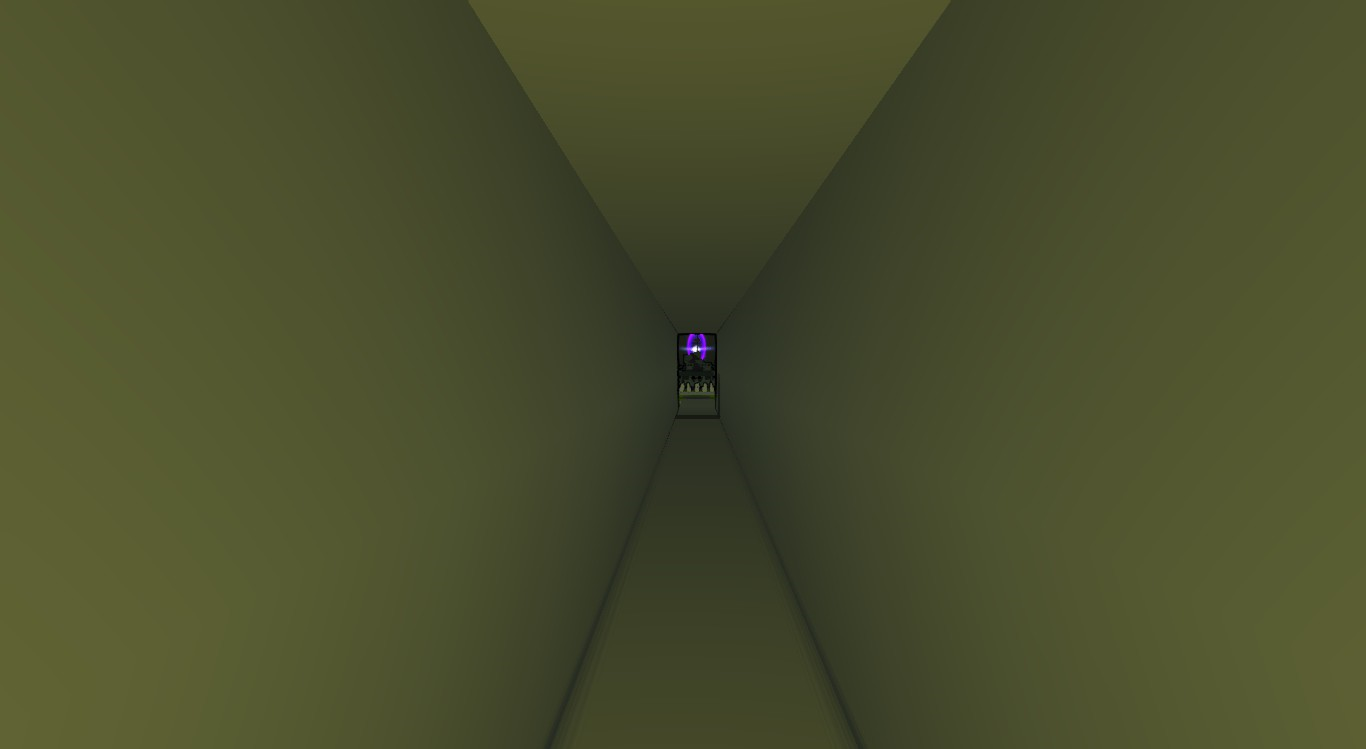 Having a tunnel lined up with the Cursed Skulls makes it easy to aim forwards and fire at the Cursed Skulls. In this example, I've also added a little room at the end of the tunnel to make it easy to enter without going through the dungeon and to make it less cramped in the tunnel, but this isn't necessary if you're only farming with one or two people.

You'll want to do one more thing to streamline the process. Killing the Pirrots quickly means having them path into your line of sight as quickly as possible. To do this, make rows of blocks elevated one block above the ground, so that wherever they spawn they'll run straight towards the center of the room on their way towards you. 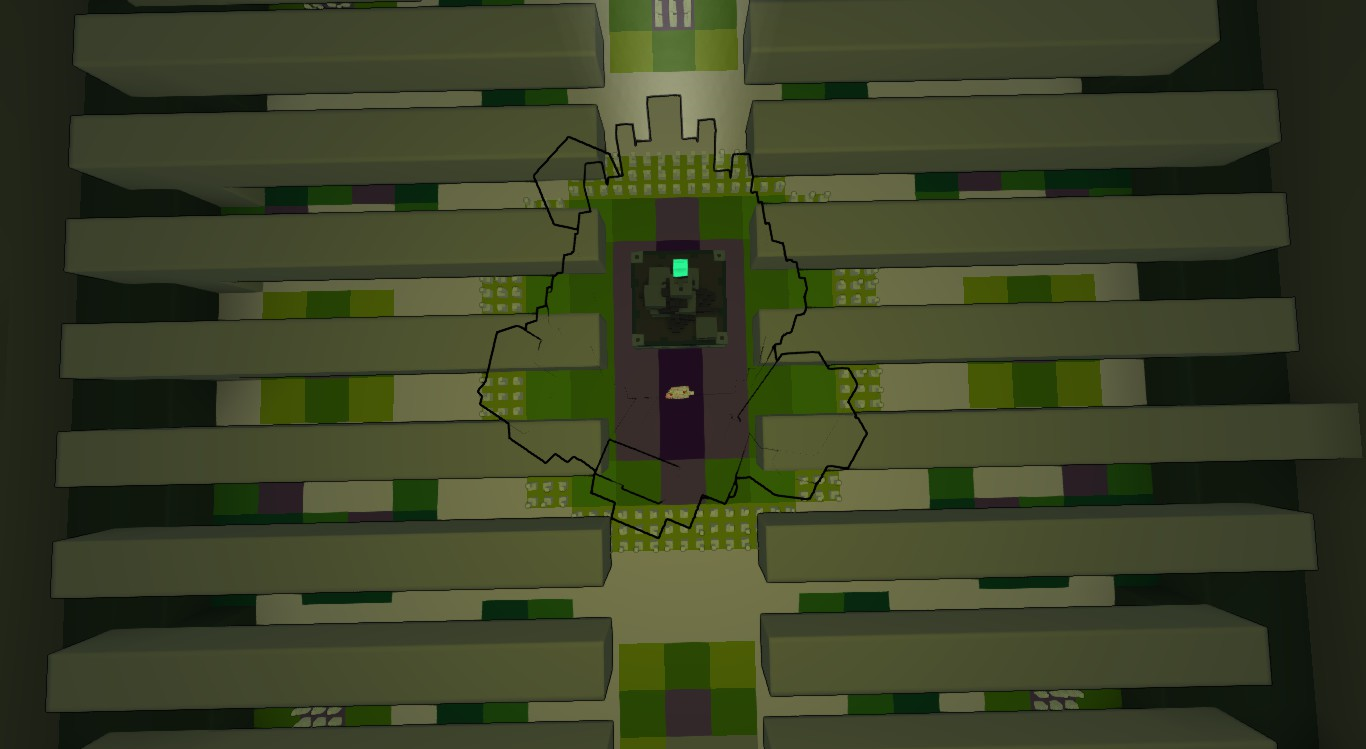 Now that this is in place, type /getworldid in the chat to have the address of this world copied to clipboard. You'll have to type /joinworld [WorldId], with the ID that you copied pasted after the /joinworld part. (Without brackets) This will let you quickly swap back and forth between the Club world and the farm, so that you can keep accepting the quest again as soon as you've finished one.

And with this, you're all set! Fire away while swapping between worlds and enjoy all your Adventurine and Club XP. Personally I'd watch some videos or listen to something like a podcast while doing this if you can, because this can be monotone work. Just be aware that Adventure Worlds won't stay open forever. They'll close down a few minutes after the last person leaves it, so if you decide to take a break, make sure somebody is still occupying the world if you plan to resume farming soon. Also, clubs have a daily XP cap, but the message about awarding your club 150 XP doesn't change after it reachs the cap, so make sure to check if you hit the cap from the club menu if that's what you're after. (You have to have the club set as your primary club to see this, as well as enjoy the benefits of fixtures placed in it)

Isn't this a game-breaking exploit rather than a game strategy?

It seems to take about 10 minutes for a "normal" 30 adventurine club quest even in lower level worlds, but "pirrot farming" yields the same result in under a minute.  It kind of ruins the whole point of even having the update if the only thing you ever need to do to grind experience and clubits is to click switch world / accept quest for an hour or two a day to max a quest limit that should have been almost impossible to reach in 24 hours of normal play.

Those other quests are actually kind of fun, and it dissapoints me to think 90% of "players in the know" will never do any of them.

Unfortuneately it's probably too late for Trion to remove or fix the pirrot quest and then reset clubits and club experience.  Such a waste of developer time.  (seems trivial to limit 1 "skulls" to only giving out only a few pirrot kills max, but if it's that tough, they could just remove the quest)

Now CETTE, don't get me wrong.  I'm glad you posted this.  If some players are going to make use of this mechanic I think it is far more fair / better if everyone knows about it, so thank you for a great guide on an unfortunate strategy.

I'm late to notice your comment, but I agree it's a rather unfortunate method considering other club quests can actually be fun and engaging. I still wouldn't want it removed though until other quests or adventurine have been balanced in some way, because smaller clubs have no other feasible way of earning fixtures at the moment and the big clubs that do have fixtures often require a very high PR/mastery level or clubit donation to get in. It'd be a shame if players who want the same stats as similar players had to compete for slots in the same few big-name clubs. I don't have ideas on how they would go about improving club systems, but hopefully Trion can work something out eventually.