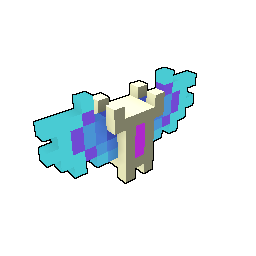 Be borne aloft by the spirits of the dead.

Soulfire Wings has the following effects:

You can unlock the Soulfire Wings in the following methods: