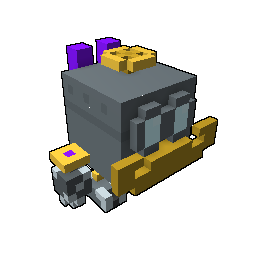 Looks dangerous at first, but not to worry, it's just a drill.

You can unlock the Minerbot Qubesly in the following methods: