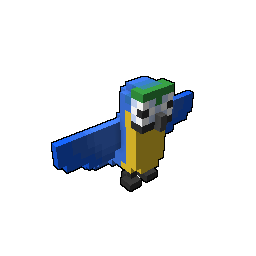 A wise jungle spirit with a soft spot for intrepid children.

Papa Gaio has the following effects:

Last updated 10 months ago by

You can unlock the Papa Gaio in the following methods:

Originally rewarded to those who participated in Brazilian Trove translation.

Was included in donation goal milestone rewards during Extra Life 2017 promotion for donating 75$ or more to the cause. Unlocked via code, not tradable.