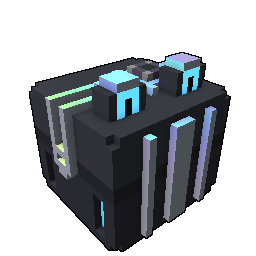 Aren't you a little big for a Chaos Chest...?

Chaotic Mimic has the following effects:

Gain 15 % health when a nearby enemy dies.

You can unlock the Chaotic Mimic in the following methods:

Exclusively a Very Rare drop from a