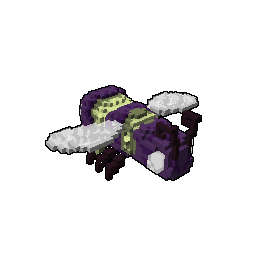 Yzzuli's Champions can be recognized by their distinct coloring and suspicious nature.\n\nYzzuli's Champion can be adopted rarely from Yzzuli's Drone Habitats, which can be crafted at the Harvesting Station.

Yzzuli's Champion has the following effects:

You can unlock the Yzzuli's Champion in the following methods: Imported in Patch: Into the Deep