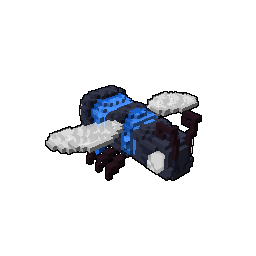 Yzzzzz Queeen. Yzzuli's Queen can be adopted rarely from Yzzuli's Drone Habitats, which can be crafted at the Harvesting Station.

Yzzuli's Queen has the following effects:

You can unlock the Yzzuli's Queen in the following methods: