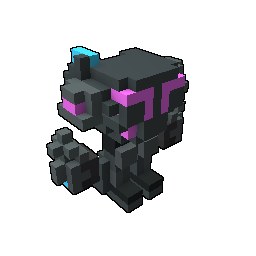 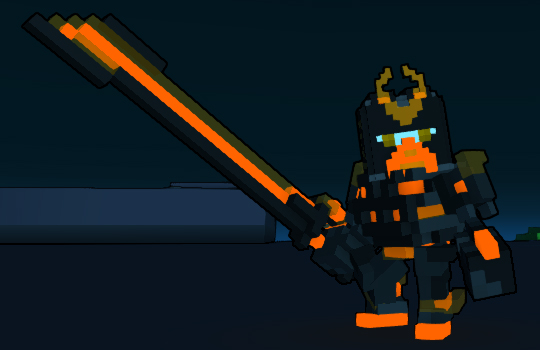 Ever wondered how to build the perfect Neon Ninja, well this is the guide for you to read. Gems and all will be explained here including playstyles.

A Ninja doesn't need a blade to slay his enemies, he only needs his Heuristic Hackstar.

Welcome to my guide on the Neon Ninja, we'll be covering quite the topics today so let's get a move on by starting out on the Ninja's basic equipment. A Neon Ninja has to be able to hit targets fast and dash out, that is the playstyle before endgame however. The gear to the Neon Ninja is simple, here it is.

Now you might be wondering, a ninja should have Energy Regeneration? Well once you obtain the Heuristic Hackstar or the Class Gem for Neon Ninja, you won't need ER that much, you'll just be hitting and going to stealth and throw the shuriken which will deal heavy damage. Now moving into gems, I'd recommend these but feel free to switch it up.

If you are unable to 100% imitate those stats, that's fine. You're gonna need stats similar to those in gems to really deal the massive damage. Critical Damage and Hit are the two key factors in this build so be ready to see a lot of those. Next up, Empowered Gems.

*Stunburst* is the gem to replace once you get you're class gem. With this gem build, you're Neon Ninja's damage is solid and his health is high enough to take on U9. Here's a video by ScythePlays on how the class gem for the Neon Ninja is used.

And the perfect ally is depending on situation and your current build. If you want better survivability due to your low health, then use the Prowling Shadow since it heals you everytime you hit a enemy. If you want more damage, its clearly the Raptor Berserker . Now I only prefer using either of those 2 allies, but if you have a better ally to use then feel free but I recommend those ones.

Now for the flasks and emblems, the best combo is Death Defying Vial along with the two emblems Martial Emblem and Surestrike. That's all for building the Neon Ninja. You'll be hitting solid damage soon enough I can tell. And perhaps Ill do more guides like this on other classes.

As someone else pointed out 7months ago "critical hit" is an impossible roll on a hat. Only the weapon and ring can have critical hit.

The weapon would have it in the 3rd slot. Not sure if you did the stats in slot order but you need to swap 3rd and 4th around on the weapon if so.

Prowling Shadow is very good for STs, since it provides a chance of survival for Neon Ninja.
Rapt Berserk is really good for farming, because of the damage boosts and stuff.

PLSSSSSSSSSSSSSSSSSSS fix this guide man I was trying to get AS/CH/CD on the hat for so long I spend so much tentacles and flux on that shit and it isn't even possible to get...NICE MAN REALLLL NICE...

Omg please update your guide. You just made me waste a bunch of tentacles trying to roll AS/CH/CD on my hat when it's not possible to get CH on a hat.

yeah me 2 pls update. almost 50 tentacles gone and i landed on hr

How can you call this a pure DPS guide when your gem build isn't even specced for DPS.

PLease at least take the Health Regen off those things. At the moment that stat is horrendous and useless.

He said, "Now moving into gems, I'd recommend these but feel free to switch it up."

Can you actually change the crit dmg to movement speed on the gears?

Well Personally I dont like using Movement on my Neon Ninja but feel free to try it out.

I have a question, how do you survive without jumps?

By then your damage should be high enough, if you've got good gear and Max Lvl.

you can put jump ring

Personally I like a build with less maximum health and I like pyrodisc and cubic curtain instead of stinging curse and explosive epilogue but still a pretty good guide.

nice build thanks this helped a lot :D