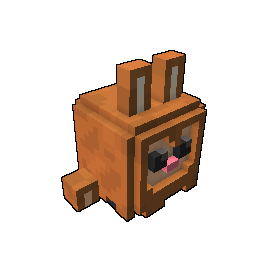 Save the future, solve the mystery of plasma fishing! Check all 10 steps in this article. Be warned, this article contains spoilers.

Saminator 1/10: I made it! Who... who are you, Trovian? You would know me... yes I think you would. I'm Saltwater Sam. In this time, you'd know me as a merchant in your Hub. I've come back in time to prevent my future from happening. Will you help me? Can you? I mean, can you even fish?

Use this to travel to the future. They are too strong. Avoid getting hit. Just run!

Saminator 2/10: Well caught! You are worthy of this task.

When you are ready, use this portal to the future. I gave you a few spares. My future is full of... killer parrot pirate cyborgs. I know it sounds strange but you must believe me. We can stop this madness! I'll explain later. Now, go to the future.

Put the Futurator on your action bar, throw it, and go through to the future. Find the Citadel, and get to the top. It is somewhere nearby. At the top, protected with fire, will be the source of their power.

Do not fight anything! They are too strong! Just run.

What the devil? I thought this would be their power source or something.

Saminator 3/10: You survived! Thought I was sending you to a long walk on a short plank. This is great!

The source of their power is... a plasma fish? They are known to be delicious, but impossible to catch. I'll use this to calibrate my instruments to find any...problems in your timeline. Ah, I'm detecting three of these... let's call them Saminators... wandering in the Permafrost! Search there until you find these big black cyborg parrots. And defeat them. We shall prevent my future from happening.

What did he yell? Something about a clone army?

Saminator 4/10: Oh no! You defeated them, but there were more, and one of them sent a distress call. But... to whom?

Wait! This is terrible! They've activated a clone army! The future I tried to prevent is starting right now!

The message I just intercepted says to 'Take the Fae Forest'. Go there and stop their land forces!

We have blunted their assault, but… this is how they take over the world?

Saminator 5/10: I have to come clean with you. I have a twin brother. We were the scourge of the seas, and we were everywhere at once... because there were two of us! But hard to find of course, because we were elusive pirates.

I stopped working out and lost a lot of muscle mass while he... got meaner. I set up shop in the Hub. But he... he went into hiding. He created the Saminators, and caused the future that we all will suffer with. I need to think about what I would do if I were him. Which I am, basically.

Get a few fish for me, would you? It helps me focus.

Gems don't crack in the future.

Saminator 6/10: OK, I've got a plan, and just in time. They are mounting their naval invasion!

He has 3 lieutenants. They are in invasion fleets in the Treasure Isles. Find the Graawk the Green. He's the best bombardier they have. He's on one of the ships; keep looking until you find him! Good work. There ought to be some fine plasma fish in these! Saminator 7/10: Great work! Now, seek out Raawk the Red on another ship. He's the tactical genius. Defeating him will deprive them of their best military mind.

He also probably has better fish. Good work. There ought to be some great plasma fish in these!

Saminator 8/10: It's working! Now find and defeat Baawk the Blue. He's the best captain in the fleet. Without him they will be in disarray.

He'll have the best fish of all! Good work. There ought to be some excellent plasma fish in these!

Saminator 9/10: You were a cannonball through their masts, that's for sure! Ships will mill about, but without their leaders, they are no longer a threat. You prevented my future, and for that, the world owes you thanks.

But all these plasma fish are still a mystery. You may have noticed that the Saminator sailors have collected diary pages from ...a stowaway perhaps? This person seems to know how to catch plasma fish. Find the final page! A deserter was spotted escaping to the desert with some papers. Find him and bring back the final page of these stowaway notes! The secret to fishing in plasma is... (read in Inventory/Crafting/High Value Items/Event)

Saminator 10/10: Kevin? Where is Kevin? Kevin, come back! I think you misunderstood!

With the hints in these diary pages, and enough Trovians experimenting, we shall soon have the knowledge of how to catch this succulent seafood ourselves. All thanks to you, and of course the noble Kevin!

Well, you have saved the world from this great peril, Trovian. I shall return to the future now. An alternate one that is beautiful and pure.

Get me one more fish before I go, would you please?

Only you control your future.

During this event you will receive diary pages:

These are the daily login rewards during Saminator.

Where do you get the other diary pages from?? I only have pages 3 & 8!

They should drop from the mobs

i tried so hard to search the 6/10. i was search in the wrong place (Treasure Isles). but it is in The Lost Isles :x

So after doing all steps, everything is ok, but now i have the three pails in inventory and they cannot be moved to a chest. Should I save them for later os just loot collect?

You can open them for plasma fish, left click in your inventory :3

Haha so easy, thanks for the reply!

and what is used for the basic, special and superior pail o' plasma

Did u need help? Im on xbox. I've finish all mission.

im on the 4th one, but how i do the 8th? in desert frontier?

if you have finished the event what is the final reward ? is there a mount or ally like other events like this?

If you go in the portal at step 2, and invite your friend with a low pr. Can that work?

no, since it should follow normal uber world rules, you should get a message pointing out that the lower pr player can't join the world you in

however, Fasti posted on forums that the pr requirement was apparently not intended as per http://forums.trovegame.com/showthread.php?128306 , so tell your friends that they should just go about normal business in the meantime

ok i need all the info on this event step by step (clear) as posable and what exactly does it mean by 10k pr is this event for high pr people only or is this just a suggestion?

At the moment, you need to be above 10k pr to enter, we hope they fix it with the hotfix, but we have no confirmation at this point.

note on 2/10: currently, before the scheduled maintenance of 26, requires power ranking of 10k minimum to not be booted back (world used for the event uses the same power rate access benchmark as Uber 9 worlds).

if they will change it during maintenance so that newer players can do it, i have no idea, but this feels a bit over the top.

I totally agree with you on this. Can´t be true lower level players have no entry to this. Lets hope they change it later today.

well, the event before saucer, the shadow tower one, was somewhat similar to this, altho not so extreme. people could still carry you through it if you had enough power ranking, but this one? come on, its only access the world and go from point a to point b, its not like its telling you to kill stuff THERE or anything.

not to mention the lack of clarity in the quest description or item portal pointing out explicitly that you required x amount of power ranking to even access the world probably made a lot of people just waste their portals for nothing.

was thinking to myself that it would have been a better implementation to this part to just add the portal itself with the required information to the Atlas rather than forcing through an item, but im like 'whatever' at this point if they dont change it later.