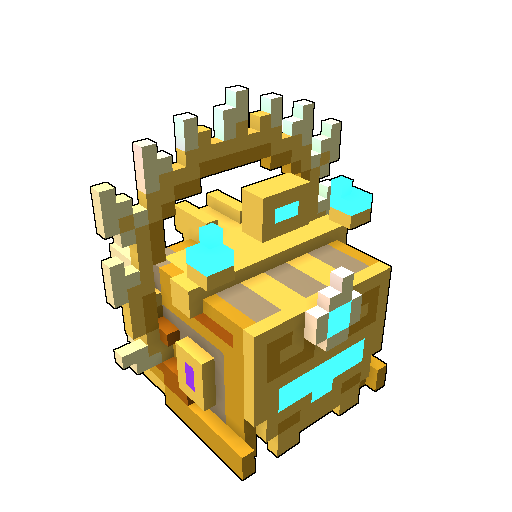 A symbol of status among the highest paragons of the Radiant Kingdom.

NEW MOUNTS
* The Chaos Hound can now be acquired!
* Scoops the Panda can now be crafted from the workbench!
* The Treasure Isles pirate vendors have a new robotic feline mount for sale, Gadget Cat!

MAKE IT RAIN!
* For this week only all glim gained from adventuring is doubled!


LAST CHANCE SALE
* For this week only, all Winter Pinata Credit prices are 50% off! After this week is over, they will no longer be for purchase until next year!

GENERAL
* Added hidden face and hidden hat appearances. You can now hide your mask or hat by selecting a "hidden" appearance in your character sheet.
* Fixed origin portal bug where the portal could be spawned inside and through walls.
* Fixed a bug where destroyed Radiant Prisms leave behind collision volumes that block projectiles.
* Fixed bug where Rapt Berserker's passive effect spawned when non-NPC entities died.
* Added /laugh, /cry, /shrug emotes.
* You can now run over with your mount and use the mining laser to destroy harvesting nodes in the world.
* Water is much easier to jump out of now.


CLUBS
* Increased club world capacity to 48 players.
There is now a 'Liked Worlds' screen which will show you all worlds you've liked and allow you to join them). Press 'Y' to access this screen.
* Club logs have gone in! You can use the slash command "/club log [clubname]" to see your club's recent activity. Logs start today - unfortunately we don't have historical data saved.


ADVENTURE WORLDS/BIOMES
* The water table for the ocean has risen! The Sea of Regret is now very, very deep in adventure worlds.
* Magmen and Molten Lords now have a chance of dropping their corresponding trophy.
* Snow Spirit trophy names have been changed slightly to better differentiate them.


UI AND SETTINGS
* "This is not in your collection" is no longer shown on ring tooltips.
* Fix for non-item tooltips sometimes showing "Cannot be traded".