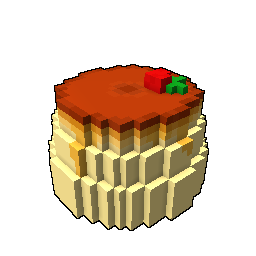 Whether you call it caramel or flan, it's still delicious.

Flappy Flan has the following effects:

You can unlock the Flappy Flan in the following methods:

Appeared on Luxion. Tradable, can be purchased from in-game marketplace.