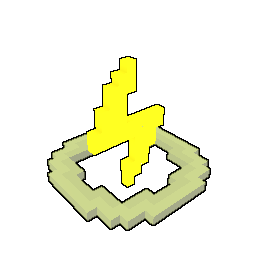 Can be purchased on occasion from Luxion's Store when he appears in the Trove Hub.

Restores 20 energy to all nearby allies.

Restores 20 energy to all nearby allies.

You can unlock the Energizing Rain Emblem in the following methods:

Tradable version can be obtained from Luxion and purchased on in-game player marketplace.