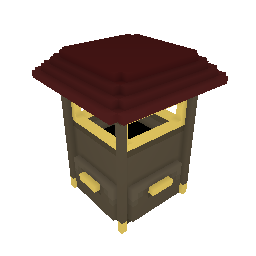 Ever wonder how your clan mate made so much money? Are you a new player looking for some basic guidelines for buying/selling effectively? Worried you might be overpaying? My name is Scott and I'm writing this guide to help you understand some basic trading concepts to make you a more informed Trovian (it sounded less dorky in my head). Lets get into it!

No matter what people might tell you, buying and selling for profit is something anyone can do. As long as you familiarize yourself with popular prices and what items are rare you will not be scammed! I'm going to relate a little bit of personal basic sales experience and methods I've used in other MMO games I've played over the years. I will be explaining the basics here in order to create more informed consumers. A good example of not knowing the difference between WTB/WTS

Flux – The most commonly used currency in game. Flux is a little harder to acquire than Glim.

Glim – Not as commonly used as Flux to trade between players but still useful for buying items from NPC characters in-game like pirates in the Treasure biome or from the fisherman in the hub world.

1:X – This player is offering to buy or to sell 1 item for x amount of currency

X:1 – This player is offering to buy or sell X amount of item for 1 Flux

Example: WTB 2k Shapestone 2:1 (This player is looking to buy every 2 Shapestone for 1 Flux)

A good example of a player using trade chat effectively.

Currently Glim is much easier to obtain than Flux because it is something that you can obtain by literally running around. It mainly comes from fishing and pops out when you run over a bush with your mount. Because Flux is generally harder to come by when leveling up and is obtained mainly by breaking down your unused loot, players use this as our main currency. Because Glim is so much easier to obtain, every 3 Glim is 1 Flux. You will often see players advertising in Trade chat “WTS 6k Glim 3:1”. They are asking to trade 6,000 Glim for 2,000 Flux. Don’t be fooled, many new players often trade all of their Flux away for Glim, which has little purchasing power.

How do I find out if I’m getting a good price?

Cool! You just got the brand new Shadow Strain aura as a random drop on the first day its out! You decide to hold off on using it for the mastery points and are going to try and sell it instead. Earlier in trade chat you saw someone say “WTB Tough Love/Shadow Stain auras 15k each”. Awesome, you’ll be able to sell it for a nice chunk of change! You either:

Sell to the guy buying it for 15k Flux

Decide to hold off and look around for different price.

Honestly, you win either way. If you sell it to the guy for 15k, you make a healthy profit of 15k. However if you decide to hold off and find a different price by looking online or asking around, you would realize either aura has been selling all day for upwards of 60k Flux. I learned my lesson the hard way, when I sold a Nimble Nimbus mount for 2k Flux when I first started out (this is a rare mount from mining Crystallized Cloud in the Sky Realm and goes for 15k+ Flux). So where do you go to find out pricing information? Here:

https://www.reddit.com/r/TroveMarketplace/ -This is the unofficial Trove selling forum on Reddit.com

http://trove.wikia.com/wiki/Item_Value - This is the Trove Wikipedia page dedicated to keeping a price list of popular items

I like to keep the calculator app open on my computer or phone while I play, it’s 10x easier to calculate how much 71 Neon Caches at 650 Flux costs in total. Don’t get ripped off because someone said it was 50k Flux when in reality it was only 46k Flux.

At mastery level 30 you unlock challenges every hour for the first 20 minutes. In the 40 minutes in between challenges I regularly fish using my unused Glim to buy lures at the hub world and sit in trade chat selling items or looking to flip them. Rare fish often go for 1k Flux + and uncommon fish give a good amount of resources and glim back when you deconstruct them in the loot collector. The first fish you put in the loot collector of each type gives a good chunk of mastery points also. Make money while you make money in between making even more money.

DON’T be the guy spamming:

Not only will nobody sell you a Pearl of Wisdom for less than 950-900 Flux but people will most likely either ignore you or report you for spamming.

Always be wary. Hover over the item that is being traded, sometime players will switch items out or put a different item in. An example would be a Twice Forged Soul and a Thrice Forged Soul that look similar but sell for very different prices.

Always respect the other person you are trading with. Chances are if you both have a good transaction you will trade with eachother in the future. After you're done trading, /say ty at the very least.

Buy low and sell high. I left this last because it's the most fundemental aspect of trading anything whether it's in Trove or on the New York Stock Exchange. Everyone is looking to make a profit and this is the best way to do it long term. If you know the Fae Panda isn't going to drop from adventure boxes for a long long while, buy a few Fae Pandas for 1kf each and hold on to them for a bit. Once demand goes up, sell them for a much bigger number than you bought them at.

If you think I've done either a good or bad job explaining these concepts to you, leave a comment below or shoot me a whisper in game @ Scottyz