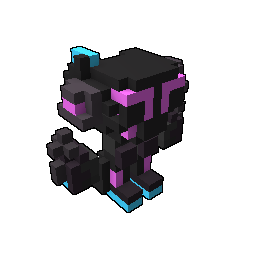 Alright, I added it, but I had to change a few things, nothing major. Thanks for your contribution!

That would be great, you can post a link here if you want, and I'll add it!

Hey man I'm so sorry I "stole" your mod earlier, I was just doing it as a challenge on stream (I was going off of the GIFs on the page) and I decided to release it. I didn't mean anything foul by it I was just messing about. I hope you can understand I really like your mods and this is one of my favorites (Thanks for releasing it btw)

ayy, glad you see you made it to trovesaurus

How is it stealing? I said in two places and in one instance, ALL CAPS "CREDIT GOES TO ORIGINAL CREATOR: TeeKayM" So how is it terrible? Do you even know how long it took me to reference off of moving images? He said "download coming soon", 2 months ago! I was doing all the people who wanted this costume a favor! I will however, reluctant as I am about doing so, take this down if he so desires it. I was just trying to help out, sorry.

I did some more research and found out that China apparently had something called You Xia, who were considered lower class and also referred to as "wandering vigilante" (ronin) and upon further investigation guns had already been introduced to China at that point, so this costume makes total sense if it is Chinese! By the way if you can contact me on Skype (live:dj02262002), Discord (FeztacularGames#3893), or just use my email (djhobsonjr@gmail.com).

I am going to give you some actual serious criticism and I hope I don't sound too mean when I do this. Back in the times of feudal Japan a ronin was a samurai who had no master, but samurai never used guns so this costume makes seemingly no sense. Is this costume still a good concept? Yes it is. Is it well executed? Well, although the concept is good the guns seem to be a bit bulky and the use of dragons seems more Chinese rather than Japanese. All in all this costume is ok and I might go ahead and take it back to my place, edit it, and then use it personally, if you wouldn't mind my doing so. I know this is only your first mod so I don't want to discourage you or anything, if you want I could teach you a bit more about modding Trove. You have lots of potential and I hope I see one of your costumes in game one day!

Despite not playing Minecraft that much, I actually kinda like this.

This is great, I will definitely be using this from now on