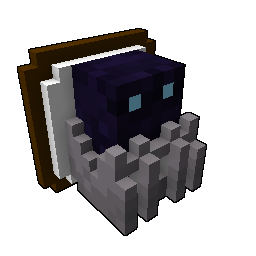 - Lore could be mainly categorized by Biome. Within each biome would be subsections for each separate lore topic related to that biome, with tags to connect closely intertwined bits between biomes. (For example, Desert Frontier's lore page would contain lore about the biome itself, the origin of the Gunslinger, the Arcanium Revolution and the Steambots, etc. Frost Faes would be mentioned in the Permafrost category, but redirected and explained in the Fae Forest category)
There could also be miscellaneous categories for things that don't fit into a biome, such as the Gods of Trove (Sun Goddes Elysia, the Paragons etc.), Dragons, Shadow Tower, Tutorial Story, and maybe even Events (which usually have a separate story attached to them).

- This part would be a lot of work, but you could tag items/collectibles/styles whose descriptions or themes relate to and add tidbits of the topic lore. It would add some credibility to all the information gathered, like a works cited page. This could be something users are allowed to help out with, as it's a monumental task. (The Shadow Tower sails for instance have some good details on the corruption by Q'bthulu)

- Three topics of lore I'd like to see explored are: 1) The creation of the Elemental Worlds and the Primordial Dragons, as not much is known about this; 2) The story introduced in the Tutorial, as it's very intriguing but was left very open-ended, and some attention might spur the D'hevs to pick up and continue that line; and 3) The origin of Flux. We all know and love this resource, but we never stop to think about what it is or where it came from.

This is a club word, but I figured it's close enough to cornerstone size (18x18) to work.

A card and a cake. art

Congratulations on the Artist title! :D

Ye, this will be fun!

Thanks! The first one I did was for a contest, but I'm definitely going to be doing more of these later for fun!

I found out about this site when I heard about the Sageosaurus. I lurked around the site for quite a while before I decided to start entering in art contests. I love it now, and am regretting not doing so earlier. The community on this site is outstanding, and I wouldn't give it up for a Ganda!

The Scarab Lair has a secret bottle stash hidden in it's butt/abdomen. ;)

Gratz to you, too!

Why are you running away? art

That beer/apple juice belly tho... :3