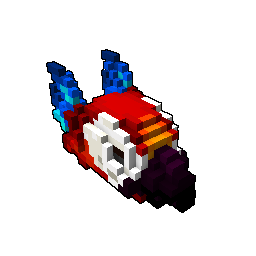 While the ability to view possible builds and mix and match the gear and equipment and numbers could be useful for some players, I think what a lot of newer (up to 15k PR) players need is demonstration of "ideal effective builds" and "good enough builds". This is hard to put into words here, but the question I get asked the most by newer players is "will this piece of gear work/be good enough for X class", because very few players (including myself) have all perfect gems. So when faced with a decision between the three star CD CH HR gem or the two star PD CD (CH at 5) gem players can make an informed descision of what to use to best suit their needs. Maybe this would work best as a flow chart or even a written guide. I feel like gear stats take way less precedence over the convoluted RNG gem system.

I also like @MoonKnight98's suggestion to have player submitted builds tagged with their intention. (Endgame, tank, solo, etc)

Also my Chloromancer build (not for farming, why farm on anything but NN :P):

Flask: Minion Multiplication (DD if you have lag)

Ally: Chronomancer (Important! This allows you to throw your exploding flowers more frequently)

Notes about build: AS is maxed on gear instead of CD because your basic attack grows the exploding flowers. This is where all your damage comes from. Throw the flowers, shoot the flowers, do the damage. Chronomancers and higher ER allows you to throw more frequently, also increasing the spawn rate of the Green Galting cacti. Chloro is a sustain and NOT a burst class, and requires some set up time, which is why I don't recommend it for farming.

Grats to all the winners!

But there needs to be more clarification on submitting an entry that wasn't originally for the contest and months old. Could I just draw a picture of all the classes and submit that over and over?

I actually first found Trovesaurus after a long break from when I played in beta...I was looking up information on the gem system and this site had a pretty good guide! And then I discovered the contests and community content, which is now my favorite part of the site.

As far as thinks to work on, I guess just polishing the layout, and maybe doing something about the laggy, intrusive, audio-playing fullscreen ads.

NN has a lot of potential. Grats to the winners!

It's never too late to be sp00ked!

I was gonna say something about the late timing of this contest, but it all works out because I can pick up discount day-after-halloween pumpkins for carving haha. Good luck all!

Should've done the character instead! Grats to all the winners.

I really like the color pallete used here, as well as the little "pop" that the Tamer's scarf gives the whole drawing. Definitely a cute piece with a great atmosphere. One thing that I try to really emphasize that all artists of all skill levels use when drawing figures is to use real-life anatomy references, regardless of how "cartoony" then end picture will turn out. Using real-life references to help with poses, anatomy, and other muscle and skeletal structures can really solidify a piece because it can help eliminate any distracting errors with perspective and anatomy. References can also be used to help with clothes and things like weapons. A good ol Google search can yield a plethora of helpful images, as well as sites such as DeviantART. Keep up the great work!

Honestly great art. Nice, smooth airbrushed style. I showed these to a Trove playing friend and he loved them all, but didn't read them as Trove as all, even next to each other. So, something to keep in mind? Drawing more concepts from the game and incorporating them into your original designs. Keep up the great work!

ETT as in Boba Fett, uh as in uh I don't know what you're talking about, and EWW as in gross!!!