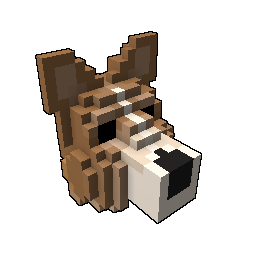 The scene is very dramatic. Not only the backround rain that is making it, but also his expression says it all.

Once was a man who was adventuring the wild. Through the gasp of the nature around him found a sick and dying little dinosaur. It was there laying down and coughing like there was no tomorrow. The man reached into his pocket and grabbed some food and fed it to to the sick little dinosaur. "Come on and eat it or else you'll die here all alone" he said. But the little dinosaur resisted itself from eating. The man then suddenly carried him and drove away to the nearest vet hospital. After a few weeks later, the little dinosaur was finnaly cured and so they went to the wilderness together. There they went to eat berries together, explore the unknown and possibly find more sick and dying dinosaurs that are seeking for them help. - The End

Maybe showing the profile icons that we could choose from? Since I myself don't know how ._.