A simplistic yet stupdenous guide to the wonderful world of trove, and within it, the world of clubs.

Your one spot stop for the hip and now!

This will be updated weekly or Bi-weekly, so stay tuned!

The end goal of this guide!Top ^

The end goal is to answer any, if not all questions people have about clubs, while also introducing them to new concepts and ideas! All feedback and criticism is welcome, and community input and ideas will be added on as time passes!

Clubs in Trove, what are they?Top ^

What is a club exactly? Well in true definition, and according to the dictionary, a club is, and I quote “An association or organization dedicated to a particular interest or activity.” yet the truth is far from that.

In reality a club isn’t just an organization dedicated to a single interest or activity, but a gathering of friends and fun times. At least that is the case in MOST of trove.

Take a moment and think about the vast amount of clubs our game holds. We have newbie clubs, mastery rank 200 clubs, twitch streamer clubs, and much, much more. In fact, new clubs are being created every day! You are bound to run into a new one every now and then!

How do I make my own club?Top ^

To create a Club, you need to create a club card at the Builder's Crafting Bench! Using the hotkey you assigned to the club card allows you to create and name a club.

How do I add more land to my club?Top ^ You'll need to craft a Worldspring at the Builder's Crafting Bench. It costs:

And from there you can start terraforming!

First off, to terraform you will want to look at the water in your club world. Hold whatever hotkey you have assigned and you will notice spurts of color flying from the water. This is about where the land will spawn. Keep holding it down for a few seconds....

The Dangers of Terraforming, Do's and Don'ts.Top ^

Terraforming is a dangerous process, but if you follow these steps all should go well!

Always build away from the edges, there is a high chance if you build near the edges, then terraform, some builds will be destroyed!

ALWAYS be sure you want to terraform a certain area before confirming, so you don't destroy half your club world.

Want to do a massive build? Terraform multiple areas at the same time, so nothing gets destroyed in the end!

I accidently destroyed my club with a terraformer. Now what?Top ^

Sadly, there isn't any way to undo the mistake as of yet. Maybe in the distant future there will be, but for now you will have to start from scratch.

I don't like the spawn of my club. Can I change it?Top ^

You can actually, using an Aligning Astrolabe. It costs 100 Infinium and 200 Glim to make, upon use the spawn is changed!

To join a club, you need to be invited by either a leader or an officer, and not have a full club list. How do you get invited? Just ask!

I joined a club, now what?Top ^

Well let's first start out by addressing the Member tiers!

Leader: The head honcho of every club! This person right here is the creator, or heir of your club! Their duty is to overlook the officers and what they do, along with managing invites, club activites, events, and more!

Officer: The second man in command! Officers overlook club activities, invite new club members, and have the ability to kick players and build!

Architect: Architects are the main builders in each and every club. Those colossal builds you see are usually created by them, or a group of officers and architects!

Member: The starting rank of all new club mates. This is just the beginning though, prove your worth and you may get promoted over time!

Banned: The worst of the worst. These club members either stole, destroyed creations, or showed their trollish/bad side too often. They no longer are allowed in your club.

What else do clubs have to offer?Top ^

Well, for a start there are portals and crafting benches/items that are club exclusive! You MUST be a member of a club to use their Sky Realm Portal.

The most well known of club exclusive items is the sky realm portal, which allows you to enter the sky realm.

You need to be level 26 to do so, and it is reccomended you have wings.

You can get your wings at mastery level 20!

What does the Sky Realm have to offer?Top ^

Well, I'm glad you asked. In the sky realm you can farm for 3 specific resources. 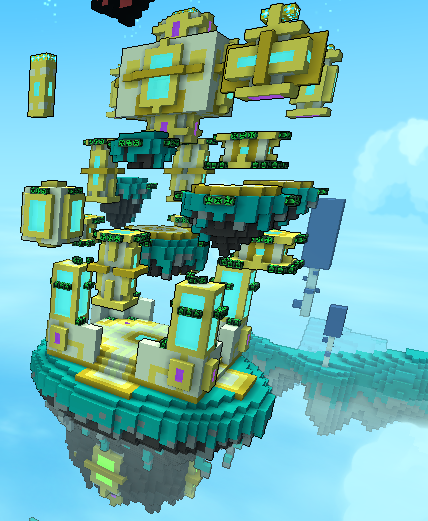 Radiant shards, which are located in these dungeons... 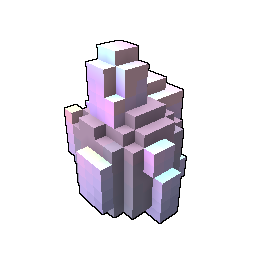 Crystalized cloud, which is effected by Ore day, and has a chance to drop the Nimble Nimbus, which is a rare mount...

Radiant giant, Reccomended to farm with a group of three people or more. And Radiant giants, which drop Radiant STYLE weapons and Radiant shards, plus a chance at Radiant Caches! The dungeouns also have a small chance at dropping Radiant Caches, and some people choose to farm them due to the mass amount of health the giant has.

How do I craft a Sky Realm portal?Top ^ To craft a Sky Realm Portal at a Builder's Crafting Bench, you will need:

And BOOM! You have a sky realm for your club world!

Is that all the exclusive club world items?Top ^

In a sense yes, but at the same time no. Some clubs also have what is known as a dragon crucible, Portal Benches, and Homeworld Hearts. 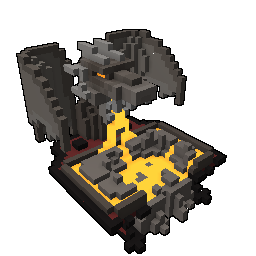 This allows for you to craft Azulian Dragon Souls, and Purifying Flames, the second of which is used to make radiant weapons! However, the Hub has it as well. So if you club doesn't own one, feel free to check there.

The Homeworld heart is an item that when you press E on, adds the club world in question that you currently reside in onto your liked list. Your liked list can be opened by pressing L on your keyboard in game. On top of that, it acts as a rating system for you club world! It can be crafted at the Builder's Crafting Bench for:

Some clubs have what is known as a portal bench, which allows you to craft a WorldLink Portal. The Portal Bench is Crafted for: You craft it at the portal bench for:

What else can I do in a club?Top ^

Besides interacting with fellow members, participating in club events, and over all enjoying a good time, you can also do the following!

The club menu is opened by pressing P, which is the default club menu.

The club menu has multiple uses. If you click the arrow at the far right, you can open up the members tab! From here if you are an Officer you can invite players. Everyone also has the ability to click the arrow beside a members name, which allows you to join them at their current location! On top of that, you can drag and switch channels around.

What is this flag? Click the flag switches what club you are advertising. For example, I am currently advertising Team Synergy! What can I do as an officer?Top ^

As an Officer you can perform multiple tasks. Such as promoting and removing members, editing officer only areas, and accesing officer chests!

What is this pencil in the main club menu? This allows for you to edit what you club summary is in the club menu!

You mentioned an officer chest. What is that?

An officer chest is a club chest restricted for officers only. Some people make their own personal club just to use the chest as extra storage. 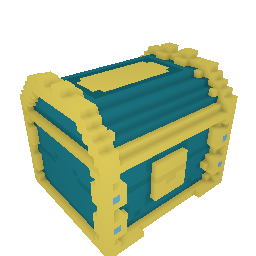 What is the difference between a club chest and a community chest?

A club chest is a club only chest that all club members can access. 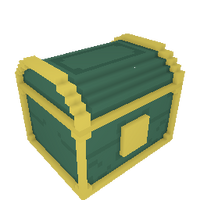 A community chest is a chest ANYONE can access, including people from outside of the club. Don't put valuable items in any of these chests if you don't want them stolen! 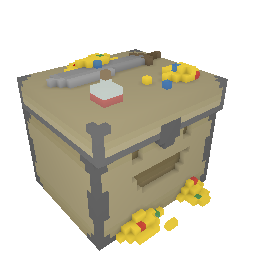 A Traveler’s Guide to the Extraordinary!Top ^

Every now and then people run into those clubs that make your jaw drop. No, we aren’t talking about those clubs with thousands upon thousands of trophies either. The focus is highlighting the WOW factor at its finest.

The following is a list of clubs that are simply out of this world. I will do my best to keep updating the list as time passes! After all, everyone deserves the shot in the spotlight!

Warning, these may BLOW your mind. More to be added soon! OR For more take a look here! Clubs

What else is there to know?Top ^

In the end, that is a basic summary of what trove clubs have to offer! Feel free to ask more questions!

This is a verry informative Walkthrough on the in's and Out's of a Club, but it seems to be lacking Info on just how to get into your newly made Club's World in the 1st place. There is Info on how to Expand your Club world and Cautions on what not to do, so you don't Mess up your club world and all, But after Reading & Re-Reading this 3 diffrent times, I cannot find just how it is you get into your club world anyware... Would anyone mind explaining this to a Semi-Noob?? (Only been playing Trove for a month or so now...)

Edit: Ok, I finally Found How you enter your Club World. When you use the Keyboard Command, Pressing the "P" button, it opend a Clubs Window. From there just Highlight the Club world you want to enter from the list, than Hit the green "Enter Club" button in the upper right hand corner of the Clubs Window.

what happened to number 6 in table of contents?

i hope this isnt a bother, but how dose one submit, join, regester, or show a club they belong to on this site, i cant seem to locate a button for it or a forum post.

There is a Club section accessible off the More nav menu.

Or a tutorial for Club owners/ officers on how to navigate any of this.
for instance, i made a test aplication ( i think) but i dont see a button to send it out.. or on the page a button to apply.