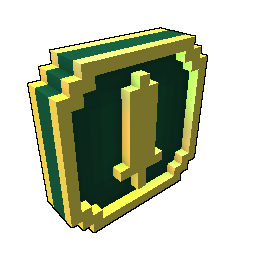 Picking the class that best suits your playstyle is a piece of cake! Or maybe it’s easy as pie. Either way, it’s definitely dessert related – especially if you’re a Candy Barbarian (we’ll get to that later).

Source: This article is taken from a Trion created guide -  http://www.trionworlds.com/trove/2015/06/19/trove-unboxed-meet-the-classes/

In Trove, there are two main combat styles: melee and ranged.

This is the playstyle for those who want to get up close and personal when vanquishing foes. These Classes use weapons like swords, axes, and maces to lay the smack down. Pick a melee class if you like the idea of being front and center during a fight. Melee attacks, for the most part, are Area of Effect (AoE), which means that your attacks will hit all enemies in your path. As you level up your character, you’ll be able to gather a group of enemies and hack and slash your way to victory!

Lovers of bows, pistols, magic attacks, bombs, or cannons will want to pick from one of our many ranged classes.

This playstyle is great if you want to focus your fire on a single enemy, blasting away its health before its weapons have been unsheathed!

*These claims are unsubstantiated, and there is no evidence to support any characters in Trove having any impact on the global population of dinosaurs.

If you want to see these classes in action, click here and check out our Class videos.

Discuss this article on our forums.

Helpful Tho lll helped me decide which class i shall craft