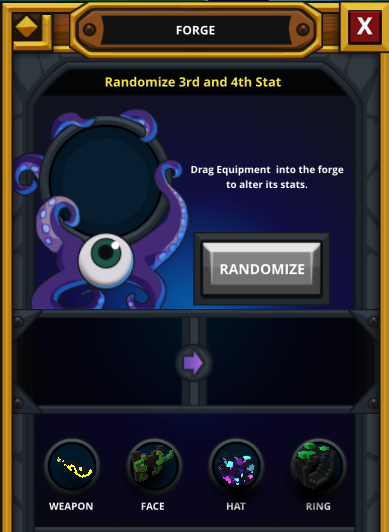 The new system has now split up forging among all three forges (those of you used to using the advanced forge for everything now needs a regular forge as well). This has created some confusion with some current players (and newer players may need to know this), so here's a quick and dirty guide - I'll try to update with more information if needed. *Note: While you can forge up from Shadow 1 to Shadow 2/3 in order to obtain the Forged Shadow Souls, you may be better off waiting to deconstruct dropped Shadow 2 and Shadow 3 gear. This will save you a lot of flux and eyes! *Note: If you are having issues adding stats/*s using pearls, relogging should fix the issue. If that doesn't work, unequip the item and drag it into the forge from your inventory.