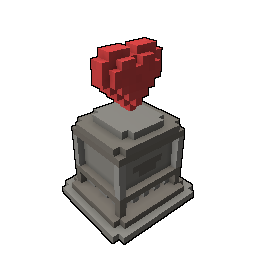 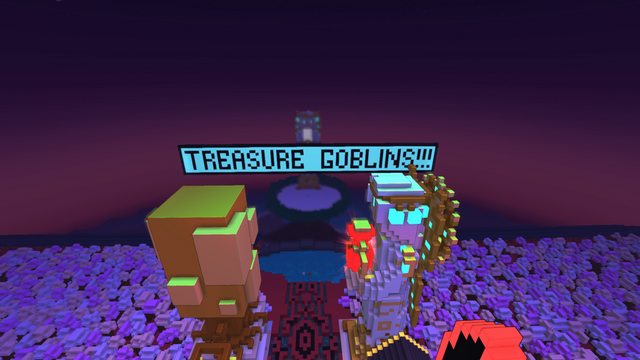 This time on Club Leader Spotlight we talk to Female Zombie and Crypticsoul who are co-owners of Treasure Goblins on Xbox.

Steedfeed for organising this months spotlight. 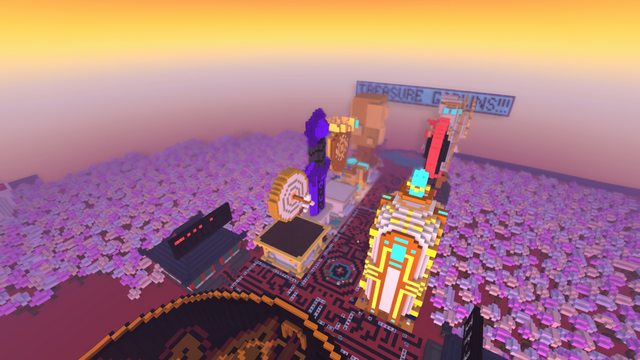 Well, I go by Z or Zombie and I founded the club Treasure Goblins. We're someplace players from all stages of the game can come to work together or hang out and just relax some. We have some great people and have a lot of fun talking in chat or at times grinding together. We kind of like to think of ourselves as a family to one another. A home away from home.

My names Crypticsoul, I'm Co-President of Treasure Goblins, an Xbox beta club built to be a place for all players no matter experience.

Where do your character and club names come from?

I really like zombie horror movies and I originally wanted the Gamertag Zombie but it was taken. Female Zombie was the next most generic name I could think up after that, I wanted to be a nameless zombie wandering the hoards. As for the club name I was on a super Diablo 3 kick when my co-founder, Chejikk, asked what we should name our club. I suggested Treasure Goblins as they were what we hunted in Diablo for cosmetic pets and with their propensity for all things shiny I imagined Trove as their home. I considered myself one of them, discovering goodies in this game to enjoy. He agreed and here we are today.

My Gamertag came from a little noob gaming crew me and my mates used to be a part of for good ol' halo PVP, the club's name is taken from a mob in Diablo.

The community, mostly. I love the game, it's easy to understand and play and grinding is my jam for sure but what really makes me stay are the people. Not even just in my club, its players you see at a levi and say hello to. It's seeing someone AFK and getting people to help you surround them so they come back to a dance party. Grinding for hours with 1 or a group of people and just talking. Throwing pin parties for someone's birthday. I love this game so much for these experiences I get to have to brighten my day or someone else's.

I keep coming back because of them, and I want to max out all my classes one day. The variety of classes and some cool skills make it fun to play endlessly for me. Plus I always enjoy the events that happen, the Lunar Plunge was one of my favourite events for sure I really liked the story. Another one of my favourite things was the prismatic questline they added. It was a great scavenger hunt and I hope to see more things like it in the future.

My favourite part is grinding dungeons mindlessly to kill time, although the community that Treasure Goblins has grown into has really kept me coming back.

How did your club start out? And when did you start being responsible for it?

So, we officially started the club on February 28th 2017 and in the beginning it was just a few benches and some steed feed growing nearby that a friend and I would grow. We'd chill here while trying to find others to help us get through shadow towers and such.

Over the weeks, we had met so many people and made so many friends but had no way to keep in touch consistently. So I suggested we start inviting them to the club, where we share a common chat consistently. I had never realized how far our reach had gone just from mostly helping with shadow towers.

We didn't have official rules until almost a year later, because I didn't think we had enough people for any need for them. We used to post schedules up so people knew what we planned to do that day.

Nowadays we have rules, haha, but we're able to do some fantastic giveaways thanks to some very generous donators.

Treasure Goblins was started by Female Zombie and her 2 friends, who later invited me back when radiant shard farming was the way to get flux for noobs, then when the club started to grow I was given a leadership position.

Have you managed clubs/guilds in other games?

No, I never have. I used to be in some guilds on a site, but I never ran my own. Up until Trove, I mostly kept to myself. This game somehow motivated me to change that.

I’ve lead clubs/guilds in many other mobile games, mostly adult based so a lot easier to manage than a club of 650+ members of all ages although mine and Zombies VP’s do an amazing job helping out. 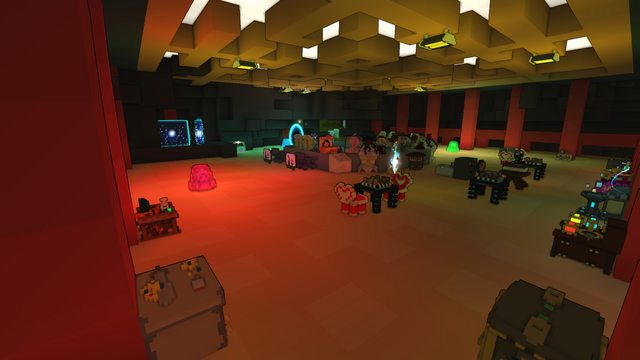 What motivates you to continue managing a community on Trove?

The people. They make gameplay even more interesting at times and definitely make me want to run the best club I can for them. I want everyone to enjoy the game as much as I have and more if I can. I've made so many friends too, and I want to keep creating great memories together. I want people to always have someone who can help them out or answer a question. I guess my motivation to continue managing the community is because of the community.

The motivation to continue to lead is purely the challenge of shaping a community and helping the little guy get as strong as our top players are.

Which other clubs would you like the highlight and why?

I would like to highlight THE 115 CLAN HQ owned by xSkullface115 for their musical roller coaster ride. Probably one of my favourite mag rails in the game.

Another club I would recommend checking out for builds is Trove Master Miners which is built by LethargicNewt. He has such massive builds it's fun to explore the huge world he has created.

I would also like to highlight Aries owned by Reavernym as an upcoming club with a great community and such a pretty hub.

I’d like to highlight The Devils Trovians, a more quiet club but shares Treasure Goblins core values which gets a lot of respect in my book.

The Over Takers for being an awesome community of really down to earth people and finally stellar for accepting me back in the days when I was just a random Chloromancer main carrying people through their towers, showing me how to get stronger and giving me a goal to earn a purple name.

What is the most challenging thing about running a community on Trove?

At times it can be difficult to get people to relax when they have a disagreement or take something personally. Or sometimes it gets overwhelming trying to personally help everyone with what they need. I always want to help everyone but I can only do 1 thing at a time.

The most challenging thing about managing a Trove community is probably stopping fights when they break out as well as just trying to get newer players to not meta chase when they start as they’ll probably quit the week after.

Are there any members or particular builds in your club world you would like to highlight and why?

I would love to thank FreeAndSay for all that he does for everyone in the club. He's always ready to delve, and super generous. The amount of time he spends helping out others is admirable.

I'd also like to thank Buckaroo Bro 2, WhyTryHardDude, BIG5ACK, IIIDarkmasterII for everything they have donated for giveaways or for their Clubit donations that helped the club grow.

ClearestVenus9 is always our level headed problem solver when any issues arise and I am forever grateful to her for it.

I'd also like to thank Charliebo707 for all of the call outs they make in club chat to help others.

As for builds I really must thank Cryptic for all the building he has done for Treasure Goblins, it was never my strong suit and his and CalzicTuriel's hub design has always been my favourite. I'm forever appreciative for all the help he has given, even beyond the building.

How do you like the current club building and management tools and what would you like changed?

I think I like the club building tools just fine. Tho I usually leave all club building to Cryptic as I tend to mess up. When the club update first came out I accidentally placed the rally in the centre of our old hub and messing things up.

As for management tools, I would love an accessible club blocklist to see who isn't allowed to enter the club world. I also feel that blocked players should not be able to be invited to a club they are blocked from nor should they be even allowed to join. There's been a few awkward instances where blocked people got back in go clubs, just not the club world itself.

I'd also like maybe the ability to create more ranks or be able to share a club's presidency as well as being able to remove bomb privileges from the president rank.

The club management tools are decent, It would be nice if they could fix the club list reset every time it changes, It gets irritating when cleaning house and also add a jump to (abc etc) option for quicker searching

As a leader, what are your thoughts on the Club Adventures and Fixtures system?

Provides directions to them

When you first load into the club world, you head north and it is basically an alleyway of all of our fixtures.

The club fixture system was a trip and a half, the earlier implementation of it was really unbelievably unbalanced, thank god they've changed it now

What advice would you give to people looking for a club or thinking of starting a new club?

For those who desire to start a club, I would say be ready to commit a lot of time to helping others and connecting with people. You really need to put yourself out there. For those looking for a club, I would suggest always checking out fixture benefits to a club you're interested in and utilizing all club slots. There are so many great clubs out there, we're all unique and have different things to offer.

A bit of advice for those starting a club and don’t know what to do, just work at it, its a huge commitment to get a club going, decide what your focus audience will be early on and wat your core activities  will consist of

I think they (Trovesaurus) have done as much as they can to help, it's more like I should take advantage of the tools Trovesaurus gives us to add more information and screenshots of the club. You have given us a way to reach out and share our communities, for that I am thankful.