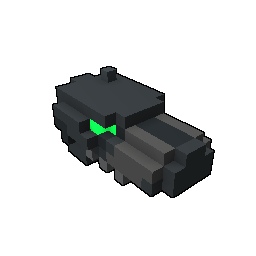 This time on Modder Spotlight we talk to

MisterY, responsible for the

Please be patient with those whos primary language isn't English :)

It's actually kinda dumb, my name starts with a Y so I simply took the nickname "MisterY". I was actually surprised it was available on Trove, since it wasn't on any other game or platform (it's a simple name so somewhat popular).
I think I was maybe around 8, it was my first nickname.

I didn't actually download it right away, I don't remember how but I saw the game again, and this time I looked at YouTube videos about it. And that was all I needed. I first started the game then, in November of 2014.

But why did I actually play it at first ? Well, as I was saying, it looked a bit like Minecraft, and I loved how you could express your creativity in that game and how free you were. Plus, there was this RPG aspect to it. And most importantly, it was free. At that time I couldn't buy every game I wanted, so I played dozens and hundreds of free to play games.

It's the same answer over and over again, but it's the truth : The community and the freedom of creation you have. Trove's community may be small, but it's really strong and cohesive.

Also, I love how there are a lot of ways to express your creativity : Building, Modding... I love coming back to the game and having an idea for my club world, or having an idea for a mod. Also, I love the fact that the developer team sometimes take mods from players : the modders are happy and it gives assets for the game, so it's a win-win.

Not really, I did some modding on Minecraft too, but not too much. It was mostly making resource packs, if that counts.

I once found the TroveCreations subreddit and found that awesome, however I wasn't able to make my mods work properly and never tried again until a few years later. I was bored, was looking at Trovesaurus and at the mods, so I downloaded MagicaVoxel and tried some things and had fun with it.

I have the same fun as when I started modding ; I love having difficulties making a mod and finding solutions, to ultimately be happy with the final creation. The only thing has changed is my tools and my skills with them, or my overall knowledge about modding. Also, I yet have to discover new modding aspects, like VFX or UI.

I have to say I was inspired a lot by

B_Y3LL0W even though they left the Trove modding community. I don't know if they'll read this but I loved their style. Another modder would be

Fulguras, the Lightning Blade which inspired me for some of my mounts/dragons, it really made me see dragons in another way, actually. But I don't think that's all, maybe I saw some mods and got inspired by them but nothing too fancy.

How did it feel when your first mod was accepted?

I was really surprised and so happy. I remember being in the #modders channel in the Trovesaurus Discord when the notifications of new accepted mods were being posted. I looked at everything, and I saw none of my mods, so I told to myself "Well, it's not that bad, I'll have another chance". But at this precise moment, another notification popped up and it was one of my mods.

The only thing I find weird is that the same mod was submitted a while ago when the old team was still working on accepting mods. Since now it's different people, they checked that again and decided to accept the mod. But I really can't complain, as it's my only accepted mod at the moment.

I have to say my dragon, Holovaen

Holovaen F-4 Mk. VI. It's my first real mod (I had other projects beforehand but didn't finish them, while this was the first one I published)

I made a lot of improvements over the months on that same mod too, and I always was really glad with the mod. It may not be accepted, but it's no problem for me. Actually, I think it's the mod I spent the most time on, as it's one of the only mods I made drawings of. Then, I tried so many different combinations of heads, bodies, wings... I still hope I can one day improve it even more with VFX modding.

To this day, I still look at this dragon because it's my first creation and my mod with the most research put into it, although as I said, it'll probably never get in the game but that's fine with me.

First, I get the idea. I don't actually try to trigger it but it just comes to my mind randomly, at school, while I'm trying to sleep, at the bathroom...
When I find something interesting I sometimes make drawings of it, just to put the idea somewhere.

But usually I just directly open up a file and start editing the voxels... I always take something already existing and change the shape of it. I don't want to make something from scratch because I don't know how it'll turn out with the animation, as you can't replace that.

And that's the longest part, you try things, if you don't like them you try other things, and repeat. This may sound boring and annoying but that's one of my favourite parts about modding.

When I'm out of ideas to improve the mod I'm working on, I usually show it to other people, and get another view at the mod. This is really helpful when you're stuck.

As I said, I first started using MagicaVoxel but quickly changed because I really didn't like the color system. B_Y3LL0W showed me this amazing software, Voxelshop. It has a lot of useful tools and you can put multiple models on it, so if you're modding big mounts, dragons, costumes it's a must-have.  At the time the only softwares that had this feature were Qubicle and Voxelshop.

The only problem I found with Voxelshop was the file exporting. You can't export a file if there are other models in the scene. So if you wanted the neck of the dragon, you would have to :

And you had to do it with all the parts. So yeah, you can imagine I had a lot of projects that I didn't export because I was lazy.

And then, I could upgrade to Qubicle so I did it, and do not regret it. There's no issues in file exporting and the tools are very useful.

I would say getting the intial idea. I don't know if it's the same for everything, but I can't just spawn an idea with a snap, so I have to really search for something if I want to mod new things.

Oh, I almost forgot something. Well, it's not "difficult" but rather annoying and boring. Managing the files themselves. I hate exporting everything to .qb files, renaming them, making blueprints... Then you launch the game, but you see you forgot an attachment point somewhere so you have to export the file again, replace it again... You get it.

If you have an idea you want to make into a mod, don't give up, just try new things. When you don't like them, try something else but in the same idea. Eventually, you'll make something you're happy with. It may take hours, days, weeks... But when you finally get it to work, you'll be so happy and proud of yourself.

Also, as I was saying earlier, ask for feedback. It really helps making a better creation, objectively. Sure, you have to make your own mod, but showing your creations to other people can give you better ideas for improvements.

What mods of yours or others would you most like to see added to the game?

We don't know where this dragon comes from, but the technologies used are awesome and we never saw that. The wings and some parts of the body are holograms !

Everybody gangsta till the bat become Trovian size. Is it micro by size? well "Yes" but actually "No"