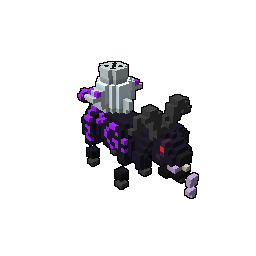 For this art challenge we'd like to explore part of Trove history. For that we approached Atronos to help pick out an event in Trove lore that is vague and could be expanded with your creativity.

Once upon a time in Candorian history,

Goat'Guud of Eil'Zaewynn made a dark pact with Shrub-Goatoloth receiving the power to crush all foes. This began the Seasons of Salt, which only ended when

Dracocolatl, the Mellower descended from the Sky Realms to resolve it.

Dracocolatl's descent from the Sky Realm to end the Seasons of Salt is a cornerstone of Candorian history.

A dark pact with Shrub-Goatoloth bestowed upon it the power to crush all foes, giving rise to the Seasons of Salt.