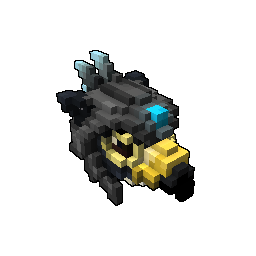 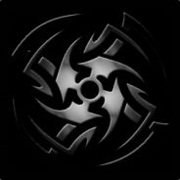 This time on Modder Spotlight we talk to

TheSymbol who has been creating some very popular UI mods since 2016. 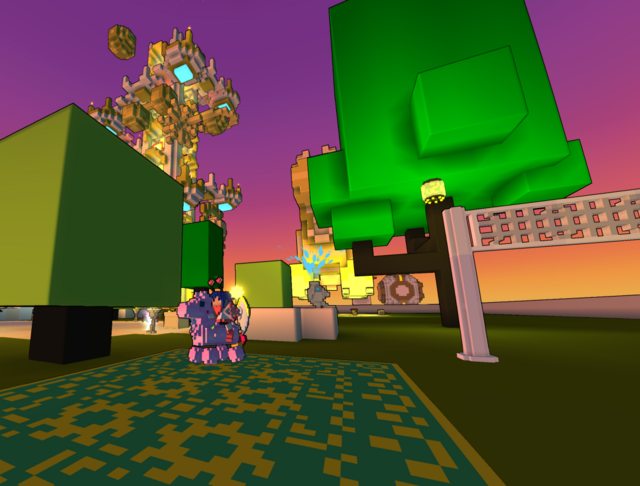 Hello, my name is TheSymbol and I am a 25 years old guy from Sweden, that has always have an interest in technology and computers since a very early age, and now my day job is currently software developer (mostly just doing websites for big companies but it is a lot of fun).

I have been playing trove for the past ~5 years (started in closed beta) and have only had one big break from the game back in 2015 where I lost interest due to the massive server instability's during launch.

But after that I have been playing ever since.

Oh, that is a though question, and to be honest I don't actually have a proper answer other than that I have always had this name when I started using steam, it just kinda stuck with me ever since.

I saw the game on Trion's website when I was playing a bit of Rift, and I had also recently played Cube World and Trove looked like a copy of Cube World and so me and a friend opted in for the newsletter and drawing for alpha/beta access.

But after that I honestly forgot about it until I got an email with the beta key to try out Trove.

Luckily me and a friend got invited at the same time so we both started playing together, back then small content updates were happning weekly and sometimes patches more than once a week, it was exciting.

But one big issue back then (and still to this day) was the massive amount of lag, and when the game officially launched it was not looking good so we both stopped playing, and didn't pick it back up again until way later (like 2 or 3 months later) and it was a bit more playable.

For the most part the combat, and the constant progression on your classes, and of course the community!

I like to just log in, enter a world and then start to clear dungeon after dungeon, its satisfying to me.

Also the modding, if I don't feel like grinding I can always mod and improve the game.

No, I have actually not "modded" any other games, for the most part I have only written code for smaller projects of mine, like small games and websites.

It took a while before I actually started to mod, as most of the UI back then seemed satisfying enough and I did not see any improvements that could be made at the time, and remember this was when we had updates once a week still.

But eventually I started to get annoyed by missing whispers in the chat constantly so I modded the chat to send a "ping" sound whenever a whisper was sent to you, this was actually my very first mod and it just kinda grew from there.

That is how I mod to this day as well, if I find something that annoys me or I think could be better I will have a go at it and try and improve it.

The community, seeing people having fun with my mods in chat is really exciting for me, especially in-game with all the emotes of my chat mod, and also seeing that people actually like the mods that I have made keeps me motivated to improve them and also create new mods.

And I know I might not be the most sociable person ever but I appriciate every one that uses my mods, and it is also heart warming to get a whisper saying thanks from time to time. <3

ExoDave for sure inspired me with his UI mods and he approached me with the idea to create mods together, and since then we have grown close and made a lot of mods together.

But there is also other modders, not just UI modders that inspire me, like

Novuhz and their awesome VFX mods (I use most of them),

SkyRider3217 for her awesome mounts and dragons etc.

There is also a few other UI modders that inspired me,

StormReaper, he got me further down the rabbit hole of UI modding in the early days, and kept pushing me and throwing ideas back and forth, and also

Kentuky and his UI mods for merchants and shadow tower UI.

How does it feel to create UI mods that cant be officially accepted into the game like mounts etc which can?

To be honest, it is kind of heartbreaking that at least for me that none of my mods will ever be officially accepted in-game, and I lack the artistic skill to create model's so I will just have to live with it.

But I also see why they can't accept UI mods, I know from personal experience going through other people's code and validating it and testing for bugs is daunting. whereas a model is much simpler to validate.

Like if a model that is a bit "messed" up would be accepted into the game worst thing that could happen is that it would look wrong or be missing VFXs, but if a UI mod would be messed up it could literally crash the game or cause excessive processor usage if something gets stuck in the code.

I am proud of all my mods, but to just list a few that I am a bit more proud of having created:

Features can be customized!

For the most part I just play Trove until I find something that needs improving, and I start thinking about ideas on how to solve the problem and if it is even possible to do so in the first place, since UI modding is very limited in what you can actually do.

And after that I start tinkering in the code playing around with different ideas on how to solve the problem, I can literally sit for hours on one problem and try different solutions.

JPEXS is probably the most used tool I am using, but I have also made my own tools in c# to help me modify the .swf files, like for importing massive amount of images into a .swf file when I do chat mod updates is a big time saver, and I am currently trying to develop it so that it is completely automated.

I also use Photoshop for image editing, and DiffMerge is also a great tool for comparing file changes (I use it to compare new trion updates to what I have modded so I can add the new features trion adds to the game).

I also like to use jsfiddle.net to quickly test code that might work and see if I get the expected output with certain inputs.

Having no way to debug the code that is written, for UI modding (specifically coding) you are literally going head first into everything, there is no way to know that what you write is going to work, and the most annoying part is when everything seems to be working just fine there is something that is bugged and trying to pinpoint that without proper debugging tools is hard.

At least if the game crashes you know where to start to look, but if the game works, and the UI does not open up, like if I am modding the inventory just the inventory stops working and everything else works then trying to figure out what went wrong is a real hair puller and takes a while to get it working again, usually you have to roll back code until the UI starts opening up again.

If the problem is just a bug I usually just turn to jsfiddle and insert the code (translating it to Javascript of course) and debugging it that way.

Which top 3 mods from yours or other modders would you like to see in the game the most?

Upgrades your hotbar. Energy Counter and cooldown duration has been enabled!

This mod enhances the leaderboards.

Making UI mods is hard, but it can be so rewarding when you finally get something to work, that feeling alone is so satisfying, just keep at it and you will learn so much about how Trove works and how UI is designed in Trove.

Start out by making UI reskins, replace images and learn how to position objects. If coding is something that is interesting, start out with something simple and learn from there, don't go head first into the larger UI elements, it will be overwhelming.