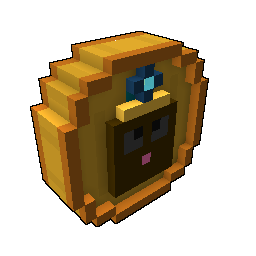 Subterranean Scramble 1/7: Hi Trovian, Diggsly here and I have some bad news. This time of year, I spring from my home and look for my shadow to help determine when the hub will melt. Unfortunately, my shadow appears to be missing. I have called the Qubesly police and they are helping me search but I could use some cheering up. Come meet up with me in the hub and complete my adventure to put a smile on my face.

Diggsly can be found to the East of the Sun Goddess Statue in the Trove Hub.

Community Tip:
Diggsly located in the Hub. He gives one out of 3 daily adventures, Mine Ore (150).

Subterranean Scramble 2/7: I feel a bit better now but my Shadow is still missing. I plastered the hub with wanted posters but it does not seem to be enough. Please make some more wanted posters so we can spread the word and find my shadow.

Missing: Shadow Diggsly posters can be crafted at the Wheel of Seasons

Subterranean Scramble 3/7: Put those posters up wherever you think people will see them, in your cornerstone, your club, or even in the wild! People are sure to come forward with information once they have seen those posters!

Subterranean Scramble 4/7: Everyone now knows my shadow is missing and surely someone saw him making his escape. See if you can find someone with information in the Trovian Hub. Make sure you search everywhere.

Completion: Interact with the Scramble Event Merchant in the Hub. 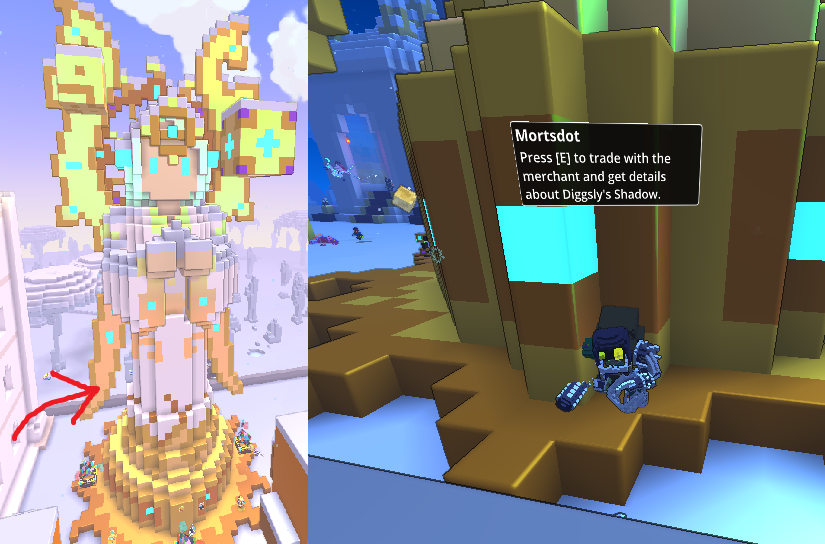 Subterranean Scramble 5/7: Geode! I should have thought of that! Luxion went to Geode when he was missing too! Well, if I know my shadow as I know myself, he will be underground. Go into the caves of Geode and see what you can uncover.

Completion: Dive into the Geode caves (bring critter treats for the next step).

Subterranean Scramble 6/7: The critters in these caves are always watching; help them out to see if you can get any clues to my shadow’s whereabouts.

Subterranean Scramble 7/7: I was listening closely and the critters said my shadow is deep in the caves. Dive down and see if you can uncover him!

Completion: Find and interact with Diggslys shadow in the lower tiers of geodian caves.

Community Tip:
Diggsly's Shadow can be found right behind the gateways to Tier-3, Tier-4 and Tier-5 in Geodian caves. Two more daily adventures can be picked up from him, Find Companion Eggs (3) and Find Promising Companion Eggs (1). 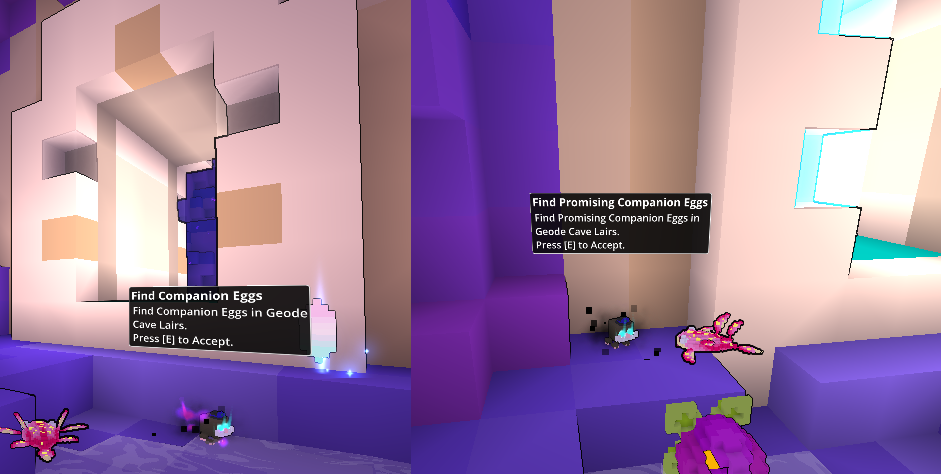 Subterranean Scramble Daily 1/3: I'm so upset Trovian, my Shadow was trying to tell me something and I didn't listen... and now he's just GONE. The only thing that can cheer me up at a time like this is mining. Go mine some ore to help remind me what its like to have fun again.

Pick this quest up from Diggsly at the Trove Hub.

Subterranean Scramble Daily 2/3: I didn't mean to run off but Diggsly just wasn't listening. I've uncovered something promising in these caves; Promising Eggs! Go find some Companion Eggs and see if you can uncover something special. The deeper you dive the more likely you are to find Promising Companion Eggs in Lairs.

If you see me again, I may want Promising Eggs instead, so keep an eye out!

Pick this quest up from Diggslys Shadow behind Tier 2 or Tier 3 gates.

Subterranean Scramble Daily 3/3: I didn't mean to run off but Diggsly just wasn't listening. I've uncovered something promising in these caves; Promising Eggs! Go find some Companion Eggs and see if you can uncover something special. The deeper you dive the more likely you are to find Promising Companion Eggs in Lairs.

If you see me again, I may want any Eggs instead, so keep an eye out!

During the event, you can use the

Diggsly's Token to craft special items, some craftables will have a limited amount of times you can craft them. You'll be able to collect 51 tokens throughout the whole event, crafting everything once will cost you 46 tokens.

After the event, remaining tokens can be crafted into leaderboard chests.

Dive into Deals for Lunar Plunge until August 18

Take the Lunar Plunge until August 18

Changed, but whats one token? :P

1 token is basically one offer more you can take on :b like f.e. 1 more bronze egg, 10 more dragon coins etc :b just was curious if i didn't see an extra coin :D (would have actually helped me a bit, since its hard for me to do the last two daily quests if you can only barely reach t3 :D

Tho, i love the feature that they have 5x5 of these metamatter in that shop, so its a little boost in upgrading geode stuff so you might be able to do the two quests so depending how far you are, you might want to spend 5 tokens there or might just skip this offer if you're far enough, the most interesting offers seem to be 50 dragon coins (5t), the ally (10t), metamatter if necessairy, maybe 5 Bound Brilliance (25t), the 3 gem boxes. that would make 23-28 effective token used, while 23 is doable with only the first daily quest :D

Yeah we had a discussion on this the other day, for new players or players that didn't venture too deep into geode caves... It ain't a friendly quest. Still the Ally and metamatter are within reach if you only do the chain and the daily mining.

GL on the rare companions bois

Who give last daily quest?

The shadow of Diggsly just behind Tier 4 or Tier 5 gates.

Oh no Todstorm, what happened to you