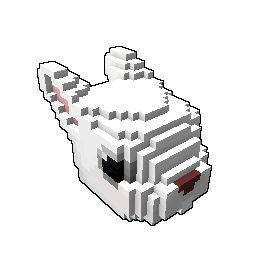 This mod turns the Green Manta Ray into a colossal Cambrian critter!

Unfortunately I haven't had time (and if I had time, I lacked in energy) to work on mods recently and I felt like I'd rather dig up something that was resting in my "was-a-work-in-progress-but-have-not-seen-the-light-yet" pile instead of doing something new (the latter will hopefully happen, too). There was an uncomfortable plot twist as only the idea and a couple of old screenshots remained, apparently the files were missing in action. Luckily it wasn't too much of a problem (maybe even better so), a little bit of research helped a lot (re)designing this "little" critter.

Trilobites...Yup, not the prettiest creatures ever but I thought it'd look fun on the carpet rig and there could be some more prehistoric mounts - no offense to dinosaurs, though, they're awesome, of course.

I've tried to give it a little character by adding a pair of eyes and making the antennae double-act as a mustache. The original VFX are tailored to the mount - nothing serious, just some color change and repositioning.

I don't expect every Dino Tamer out there to snuggle this mount 24/7 but I hope you'll like it! =) (Feedback is also appreciated.)